An article with Chris Simmons 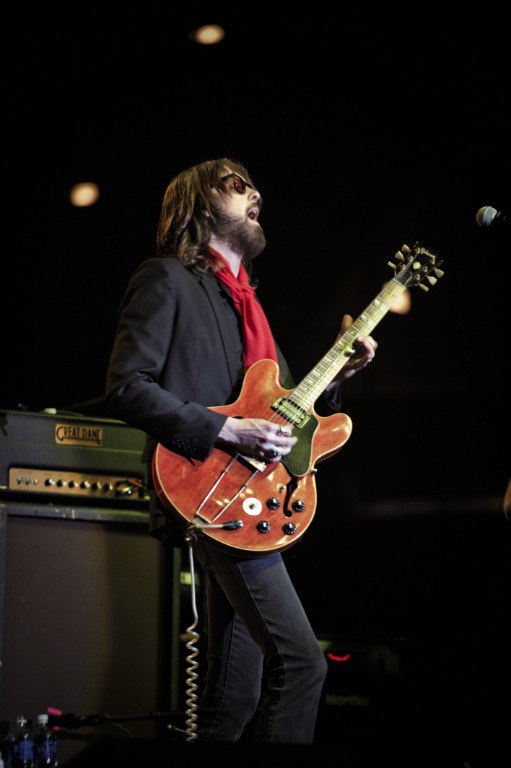 I fell in love with guitars when I was about 11 years old or so. The sound of an electric guitar… the artistic beauty of the instrument and the way it makes everyone who puts one around their neck, instantly look and feel cooler.
My first guitar was a cheap acoustic that my mom got for me at a yard sale.  I had been asking for drums for years but she got the guitar instead.  She said drums were too big, expensive and loud and I probably wouldn't stick with it anyway.  I at least wanted an electric guitar so I was miffed about it and didn't touch the guitar for six months. When I finally picked it up one day, it was an instant addiction. I would play for hours and hours every day. I was almost 13 years old then.  Not long after that, she got me my first electric guitar.
I have a handful of guitars now. I have a Gibson chambered 58 Reissue Les Paul. It's got a big fat neck and the chambering makes it really lightweight and it also gives it a hint of hollow body tone. I have a couple Recording King acoustics. They are the small bodied, slot head style, like an old Martin. I have a custom strat and tele that I built for myself and also a Mark Mattos Custom Barnshaker.
I love all my guitars but my two favorite guitars were actually gifts to me. I met my best friend, Dave Cothran, when we played little league baseball. He gave me his 1964 Gibson SG Junior a few years back.  He's more of an acoustic player so he didn't play it very much. It mostly stayed in the case, under his bed. I used to ask to borrow it every now and then, to record with it. It has a phenomenal tone that only an original P-90 pickup can deliver. It's one of those guitars that sounds great even if it's a little out of tune.   One day I asked to take it to use in the studio and he said ''Why don't you just take it with you and keep it?'' So I've been keeping it and loving it ever since.


Shortly after I started playing with Leon Russell, he gave me a 1968 Gibson ES-345 that he got from Freddie King back when they worked together.  It had been sitting in its case, unplayed, for some time before he gave it to me. That's when I knew Leon must have liked me.  He said ''I think that Freddie would have wanted you to have it''.  What can you say to that?  The guitar has a lot of magic and mojo. I had it refretted and made a couple modifications to it, but they can all be reversed to original. I was afraid to change it or take it on the road to play it at first but now I take it everywhere I go as long as I'm not flying.

I joined my first band just before I was 16. After that, I didn't really care about going to college anymore. I knew that I would have no use for it. I knew that I was going to be a musician. I just knew that I could do it. I can't explain that exactly, but I just knew. I play by ear. I learned chord shapes from Mel Bay books that came with that first cheap acoustic and figured out some scales on my own. I learned how to read music but I've never had a use for it.  I would describe myself as less of a musician and more a guitar manipulator. I just try to get the sound out of it that I want to hear.
I was always a music fan. When I was 3 years old I wanted to be Elvis Presley. When I was 9 or so my family and moved from an all white country community to an integrated neighborhood. My friend from across the street introduced me to Michael Jackson, rap and hip hop and Prince.  I got into all that until I picked up a guitar. After that, I still liked Prince. He is an amazing guitar-player and entertainer. I became an AC/DC-fanatic in my teens, and through Angus Young I started exploring his influences and the roots of Rock n Roll. I found Chuck Berry. I was really turned on to his songwriting and showmanship. This exploration also led me to find some of my favorite bands and guitarists: Eric Clapton, B.B. King, Freddie King, Albert King, the Allman Brothers, Muddy Waters and Robert Johnson.
I wrote my first song when I was 14. It was a melodramatic song in A minor that only teenage angst can produce. It wasn't very good, but you gotta start somewhere right? I do still have the piece of paper I wrote it on. I keep it in a box tucked in behind my high school diploma. Generally, I'm an inspiration driven song-writer… when the mood strikes. I keep something on hand to record on in case an idea pops in my head. As a dad these days, I often have to schedule my songwriting. I can usually come up with something during a scheduled time like that. 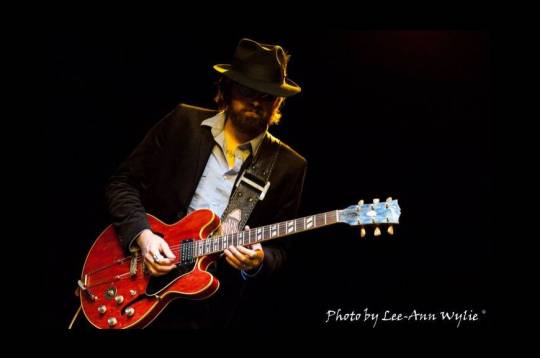 I dig all kinds of music and I like to write all kinds of songs. I site a wide range of inspirations. Clapton, Croce.. too many to list. I'd like to give the Bee Gees a mention. They existed into the disco era which was a kind of a lull for great music in the opinion of many… but if you really listen to them, I think you have to agree that they are wonderfully crafted songs. Lionel Richie is also one of my favorites. I was pleased to read somewhere that he also likes to write his songs predominantly when inspiration strikes, like me.. and he's from Alabama too!  ..Of course Leon Russell. There's a great song-writer.
I had moved to Texas and to start a band. I wasn't making enough money to pay the band very well so one of my guys, Zach Baker, started working for a booking agency for some extra cash. He became Leon's exclusive booking agent for 6 or 7 years. After I moved away from Austin, he called and asked if I would like to audition for Leon. I had to decline.  At that time I was in Los Angeles. I had committed to stay with my band for at least one year. I very much wanted to audition, but it didn't feel right to just jump out because a better opportunity had come up.  I almost instantly regretted the decision… but luckily, I got a second chance.  After I moved back to Alabama, the phone rang again. I couldn't say "YES PLEASE!" fast enough.
In my time with Leon Russell, I experienced and learned so much!  I traveled the United States, Canada, Europe, New Zealand and Australia. He co-wrote two songs with me.. one on each of my blues CD's. He even sang on one of them. He let me play a solo song during his show every night and he let me sell my CD's at his shows.  He didn't have to do any of that. He really helped me to start to make a name for myself and get my music into the hands and ears of people who obviously like good music! …and don't forget the Freddie King guitar!  I'll never tire of telling people about Leon.
Music is a necessary part of life to me, like air and water.  I love to hear it and I love to create it and perform it.  I plan to write songs and play music for as long as I'm alive… and also get lots of new guitars.

Chris Simmons performing an acoustic version of his own ''Farewell For Now'' from his album Hallelujah Man.

Chris Simmons is a guitarist, singer and songwriter, who has released three albums to date. He spent five years as the guitarist in Leon Russell's band. Chris tours a lot, not in the least with his band Royal Blue. Find out more HERE.

I love to watch and listen to Chris Simmons. I love his style. Chris is one of the nicest people you will ever meet.

Chris is a family man who truly loves his wife, Greta, and his son, Eli. There are not many men left in this world as honorable as Chris.

Sounds like he's on his way to a better day.