Andrew Steen: -The benefit of the major label-system was purely financial

An article with Polly and the Billet Doux 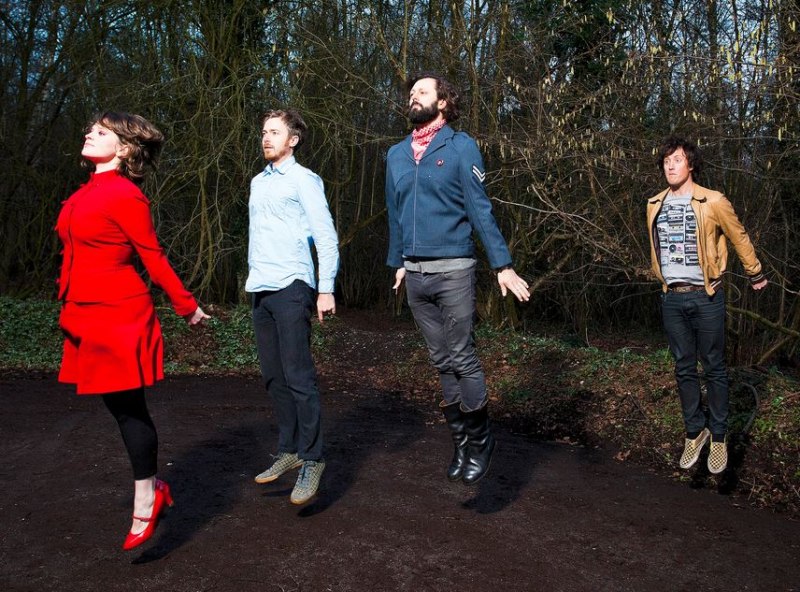 An article with Andrew Steen from Polly and the Billet Doux

Everybody in the band lived in Winchester. Polly, Ben and I still live here, while Dan has moved to Bristol. We used to live together. Winchester is near London, which means that you can go and see a lot of gigs from here. But Winchester still feels rural. The nearness to London makes it an expensive area to live in. There aren't many references to Winchester in our music, and we play live in Bristol and Bath, all over the West Country, but not here.
Dan, Ben and I used to be in a rock band. Polly sang solo, blues and folk music. We wrote some songs that didn't really fit a rock band, and we asked her if she would like to sing them. That is how Polly and the Billet Doux came about. It was an organic process.

Our first album, ''Fiction, Half-Truths and Downright Lies'' , was a collection of stuff that we had written up to that point. It was a mix. We didn't stay in one style of music from song to song. That's also the impression that we got back from others about the album. It consisted of songs we had written sitting around the house playing. We have kept the mix of styles going in the live shows. We jump from genre to genre.

Now we are in the process of making our second album, through a Pledge Music campaign. The campaign is really useful. The people who enjoyed the first album will get the second album first and have contributed to it themselves. You meet a lot of people, and a lot of albums are sold at the gigs, where you kind of force your album on people. Here it's more that they can show us if they want another one.

Making albums is cheaper than it used to be. What hasn't gotten cheaper is pressing. We live in the download-age, but our audience like the album format.
The benefit of the major label-system was purely financial. They had time and effort to put into albums because there was money. The people contributing to a Pledge campaign want a return on their investment even if it's small. The majors wanted things to sell. People didn't represent themselves very well in that. You can release your home made music now and be judged on your own merit.
People can expect a tightening of the sound on the new album. The first record had a lot of different styles. This one carries on with that. We have played a lot live and we are tighter. There are dark songs on the upcoming album. There is a murder ballad for instance. The first song on it is a very strange, off beat kind of song. The music has many elements, and  it has gone through the Billets Doux-filter.
Because of how we work with funding we have been able to record some of the material by now, and we are planning on releasing the album within the next two months.
It's strange because I don't know what I prefer. I like being in the studio, beating the songs into shape. It's nowhere near as good as playing live. You get beaten down by the repetition in the studio. You make a mistake live and you move on.

Polly and the Billets Doux live in 2013

Find out more about the campaign HERE and about the band HERE.

Polly and the Billets Doux, Andrew Steen, the UK