Arielle: - I never dreamt of being a star. I just love music. 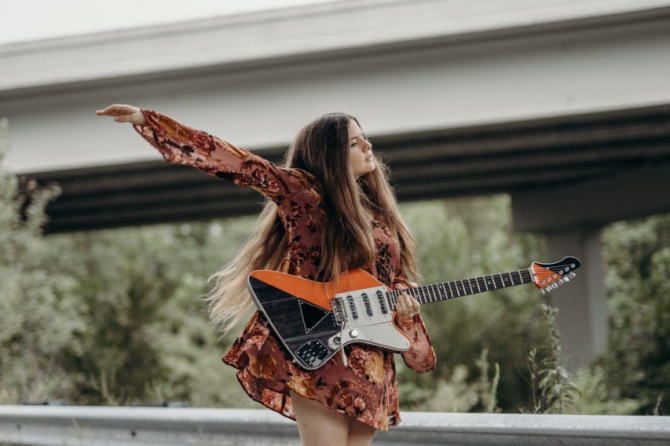 I see music as a teacher. Music is always a unique language, and it breaks through a lot of limitations. The teacher-part of music has made me more confident over time. I have to become what the music demands of me. I have to be what I write about in my songs. Music has taught me how to connect better, and it is obviously how I express what I feel.

It all started with me joining a choir at the age of five, and I always saw music as something I just loved. I never dreamt of being a rock star – I just loved music. And after my first job at 15 it was clear to me that I wanted to pursue music.

I feel very grateful towards Nuno Bettencourt and his friends, because they were the first people to make something of me. They spent a lot of time on me. They got me my first record contract.

My new album is titled Suspension / Dimension. I wanted to make a full album, and I wanted to make it independently. I funded it myself through crowd-funding, which raised $ 35 000. It’s an eleven song-album, and the theme is being in between who you were and who you are becoming. I wanted to capture the conflicting emotions of that situation. And – I don’t know about the strange times that we live in in America, but while I was making it someone actually got shot outside my house. Making the album saved me from depression. Recording it was me trying to find peace of mind, and it gave me something to focus on.

I also have the guitars that I built myself. They are going to be available for purchase. When I see a guitar on the wall I usually see things that I want to change about it, so I put features that I like to find in a guitar together in my own constructions. They come in three different colors and with different pickups. I would like for there to be a double-neck variety in the future. 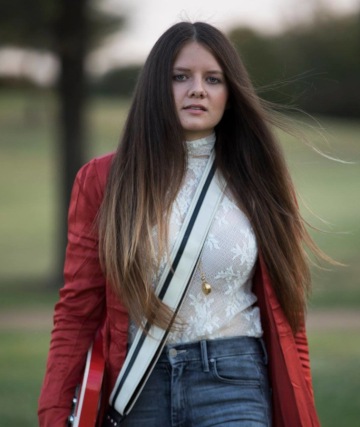 My activism is important to me, and my main issue was always the whales and dolphins in captivity – they are intelligent creatures and not meant for that life. The oceans generally, are vital questions to me, with the plastic pollution, the over-fishing and many other problems. Lately it has also become crucial to me to address keeping music programs in schools.

ARIELLE is a singer, player and song-writer based in California. She released her debut album "The Whale" in 2015, which she has followed up with several EP:s and with building her own guitars. She has just released her new album and is busy touring on the back of it.
FIND OUT MORE HERE.

Next post: A Day In The Life of Knoel Scott!