Baaba Maal: -I wouldn’t like living anywhere besides Africa 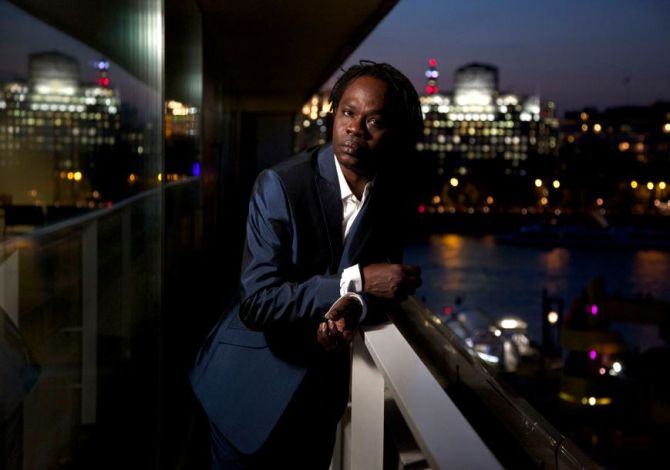 I grew up in a very cultural city. Everyone who grew up there does something cultural. Every ceremony has some culture to it. Podor was part of the Empire of Mali and it is a multicultural town, where different cultures from Africa and the Arab world come together. In that sense it is a very fortunate town.

I studied in Paris for some time, but before going there I already had my music of course. I was already working with Mansour Seck. What I learnt there was more about organization: how to stage the music, how to record it, to have a management.

Baaba Maal "Gilli Men" from the forthcoming album "The Traveller"

I wouldn’t like living anywhere besides Africa. I appreciate living on this continent - it is where I’m inspired. And I see the continent changing with power-structures and technology for example. You can’t see it if you are far away.

I am inspired by people and not just by people who play music. I met so many talented musicians, and I enjoy working and travelling with them.

I do a lot of humanitarian work. Writing a song for a cause is one of the biggest challenges. But I like that kind of challenge, and to be social.

To push the boundaries of music is something I want to do. I have wanted to play traditional music and I have wanted an electronic sound. Everything starts from experience, and I have also wanted to reach younger generations. I for example invited Positive Black Soul on one of my albums when some were still afraid of hip hop in Africa. It’s a big movement in Senegal now. Pushing the boundaries you also find the links. There is a connection between African and Celtic music for example, which I have explored with Afro Celt Sound System. I am working with Mumford & Sons right now. They are very good people and artists, and a joy to work with. We are going to South Africa together.
Just now I am also running my festival Blues du Fleuve and after that I will be touring with my new album.

Find out more HERE and HERE.

Previous post: Yuval Avital writes an opera about the refugees