A filmed article with T.M. Stevens 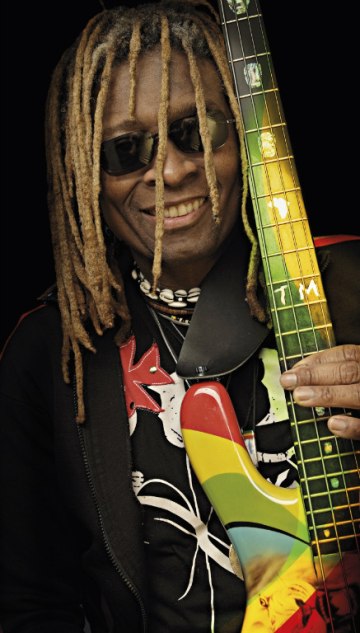 Bass-legend+ T.M. Stevens has made a documentary for Musicians' Corner.

TM Stevens shares his history and wisdom, in this inspiring documentary, which he has produced himself.

In this film T.M. talks about his work with many greats -- and takes the viewer back in time and around the world in his narrative. He plays a few of his famous basslines -- and gives a virtuoso's tips on bass-playing. He also shares exclusive footage -- as well as his views on music of yesteryears and today.

During his extensive career T.M. Stevens has worked with Narada Michael Walden, Miles Davis, James Brown, Nona Hendryx, Joe Cocker, Little Steven, Tina Turner, Billy Joel, Steve Vai, Stevie Salas and many, many more. T.M. Stevens has also been a member of The Pretenders and has an extensive solo career with nine solo-albums released to date. Mr. Stevens' bio is so long that it easily fills a few books, and he also does a lot of workshops and masterclasses inspiring the next generation of virtuoso players. Find out more at www.tmstevens.com