Bria Skonberg: I have to use a different bathroom. That is the difference. 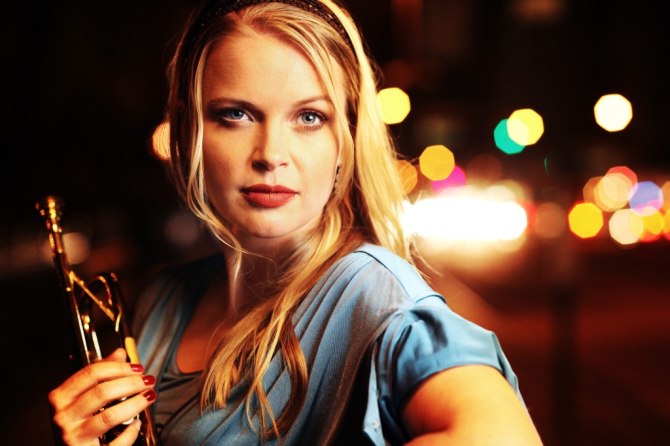 An article with Bria Skonberg

I grew up in a town east of Vancouver in British Columbia. My family were supporters of music, and there were musical instruments around the house. My brother played the fiddle. I picked up the trumpet in 7th grade, and then I joined the school band.

I first performed on trumpet, but I always loved singing. I’m a girl and we love to sing. By grade 11 they went side by side. I use the keyboard for composing. As the trumpet is a one note-instrument it doesn’t lend itself to that very well.

Bria Skonberg at the Atlanta Jazz Party in 2015

It was a good career counselor who helped me pick music. I was very active at school, doing lots of activities and playing sports.

Today I’m inspired by the experiences I get to have now. Traveling a lot, meeting people, watching other performers.

I have to use a different bathroom. That is the difference between me and male artists. I don’t focus on a difference. And I have never relied on that to put me ahead of the game. 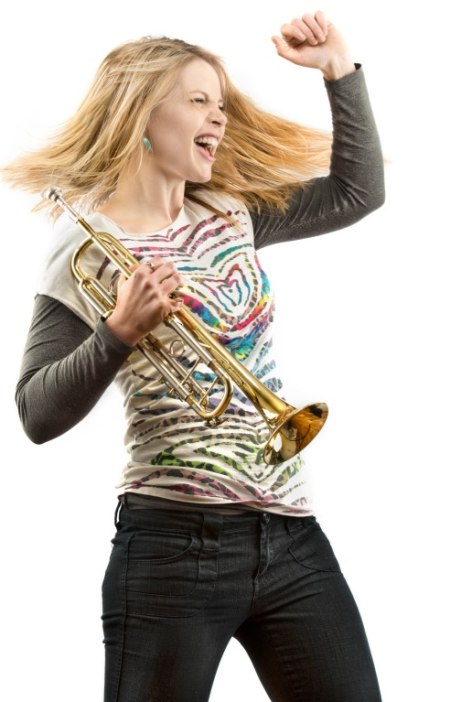 I’m currently wrapping up finishing a recording. Tomorrow I’m going in the studio. So my future plans are mixing and mastering, and bringing the album to people’s attention. My band and I have been together for three years now, or two maybe, no it’s more like three.

I’m also into music education, and I’m starting a New Orleans-themed camp that will take place in New York in May 2016. It’s for people who want to learn to play that kind of music.

I like teaching because a workshop is like a higher form of improvisation. You walk into a room of people and never know what’s going to happen. And teaching also solidifies your knowledge. It’s one thing to know it and a completely different thing to say it.

Bria Skonberg is a Canadian trumpeter, vocalist and composer, based in New York. She released her album "So Is The Day" in 2012, and she is working with a five piece band that includes Damon Ridenhour on piano, Darrian Douglas on drums, Evan Arntzen on clarinet and sax, and Sean Cronin on bass.

Previous post: Joe Acheson and the abstract quality of beauty