Guitar-legend Mike Stern talks about his love and joy 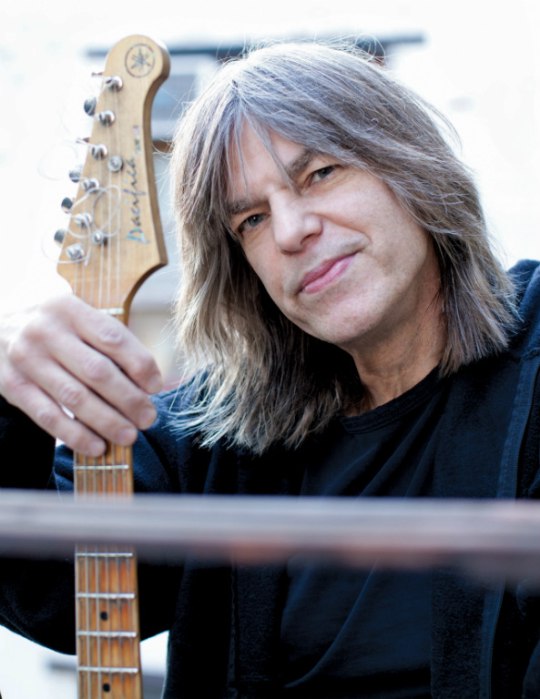 If I could have a conversation with Johann Sebastian Bach I would ask him how he wrote all of that amazing music. He had like twenty kids or something. I would ask his wife ''What the hell is he up to?''. He wrote so much music, got so much done, it's insane.

I want to mention my wife, Leni Stern. She is the love of my life. We don't play concerts together because we prefer to stay married but we play music together all the time. She's a wonderful musician, very inspiring. We have been together for thirty-three years and she is my best friend.

I have about twenty black t-shirts with long sleeves. So when I look in my closet I think to myself ''Hmm, what am I going to wear today?''...

I am happy when I'm playing music. I get energy from other musicians by listening and watching them play. It's a great feeling. Music is a great place to put my energy. It keeps my mind off some of the other stuff in life that might not be so much fun

Maybe I'm just showing my joy in the music on stage a little bit more than others. Most people I know have a great time playing music. 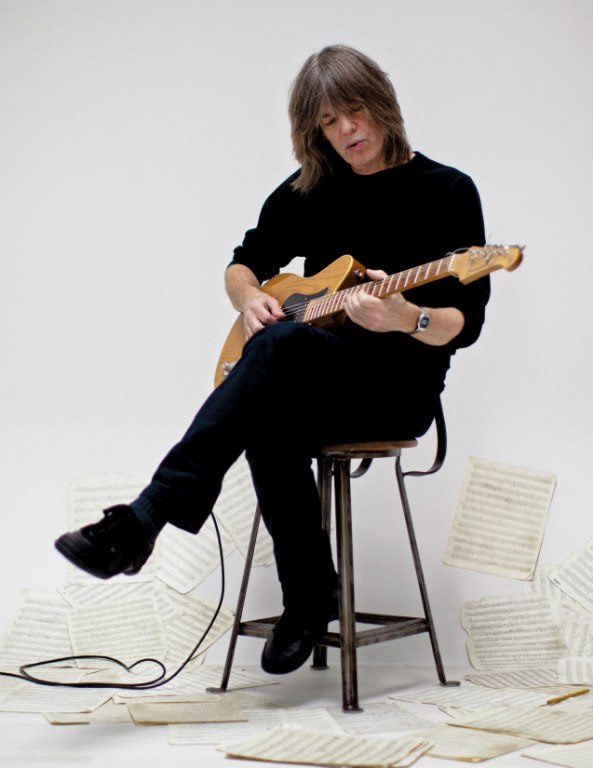 On a very serious side music is food for the soul. I don't know what the hell I would do without it. There are times when I don't want to hear anything. At other times I hear music in everything, in the wind, in the traffic, in people talking. And I hear music in how people talk in different places, in India, Japan and throughout the world.

Guitarists ask me different stuff. Questions about equipment. Picks and strings. I ask other musicians about that stuff too. They ask how I get certain lines. I tell them that I listen a lot. I transcribe a lot of horn-players for example and try to come up with my own version of their lines, that is, not copy the licks but get the phrasings on the guitar.

I don't know when I knew what my sound was. It was something I heard in my head. I started out singing when I was little. My mom was a piano player, and she realized that I wanted to get into music. My sound is a less percussive sound and more of a legato sound.

The best way to find your own voice to me is to just play. It's a natural flow-process. Staying with certain things is a good idea. Perhaps someone is not the best guitarist in the world but he can still be the perfect guitarist for a specific act. A lot of musicians have their own voices though people don't necessarily hear it. I change what I do by learning new music. Always try to learn new music, it's endless.

Mike Stern with Eric Johnson in 2013

Mike Stern's legendary career includes work with Blood, Sweat & Tears, Billy Cobham, Miles Davis, Jaco Pastorius and a very long list of the top players in jazz+. Stern has put countless amazing musical partnerships on stage, released a large number of solo-albums and received six Grammy-nominations to date for his work. In 2014 he plans to release an album-collaboration with Eric Johnson. Find out more HERE.

What Mike Stern doesn't know about music you can safely forget

Previous post: A book of many quotes on the way