An article with Jean-Paul Bourelly 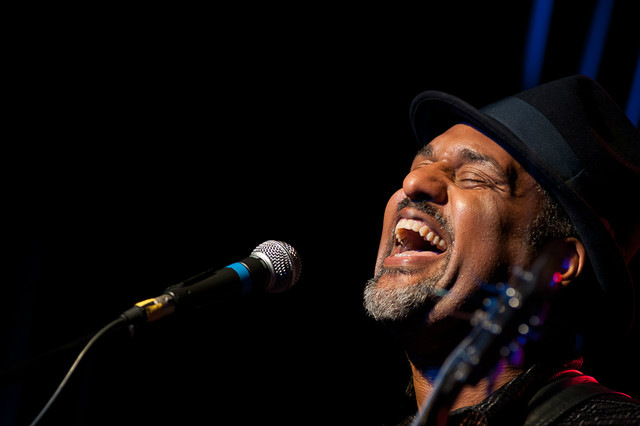 An article with Jean-Paul Bourelly

The first music that I heard was probably my grandmother singing. The first record I heard might have been one that my dad bought, 'The Music From Peter Gunn'.

Growing up in Chicago was great musically, because of the southern migration you had a lot of blues and jazz culture going on, but I was coming up at a depressed time for the music biz in Chicago none the less, as Chess Records had closed and Mercury had moved away. The culture was of course still there and blues and R&B Funk were heavy in the street and in the rhythm of the people on the southside. Legendary Chicago saxophonist Von Freeman was a staple to me as he had two jam sessionss were you could develop your sound. He had this fat jazz blues sound like Gene Ammons which was really like a Chicago sound.  My Haitian background on my father's side made me aware of the African Diaspora that my roots were coming from, so I was always dealing with two parallel identities. One was the American /Afro American side and the other was the African based aesthetic, and my name was Jean-Paul. I had to be tougher than my normal self with a name that looks like a girl's name in English. I had to make people understand where I was coming from so sports was a way to get understanding and acceptance as so was music. Those became my two passions until music won out. I was also playing with Haitian bands growing up. The overdriven sound came from Chicago. There was always that overdriven blues sound that happened when those southern black folk got a hold of amplifiers so I just wanted to move my theory into the jazz realm and take that sound with me.

Most people didn't draw on history so they would not know why Chicago was so important for the development of jazz blues,funk soul even house.
Chicago had been the epicenter of the black migration from the south so there was a lot of concentrated energy and information gathered in one place.
Just check out the story behind Bronzeville.

I was 15 when I started trying to get hired. In Chicago people tried to kill the stage every night, meaning there was a real fire to put energy in the music, while in NYC there was more sophistication and musicians had a lot of opportunity to play and experiment within a professional environment, so the music was more relaxed and ideas were coming from a multitude of places. When I moved to New York in the late 70'ies it was a cultural awakening for me. At that time New York and Los Angeles were very clearly the centers for art and media in the United States. I met so many more people who were so involved in their artistic work, and they were touring in Europe. In Chicago people had day jobs, in New York we had all night. I was asked to tone down my sound, and I lost a few jobs because of it. But no, I didn't tone down, and it served me better. The sound was a culmination of who I was so I could not have truncated it just to satisfy someone else.

So many people from my journey have a special place. Chico Hamilton... Olu Dara... Horn-players showed me how to move energy. I got that from horn-players. Music has to do with breath. A lot of times guitar players can bore you because they physically do not have to breathe to produce a sound so some see no reason to give breath in phrasing their ideas. One can just make continuous runs. For me it kills the tension. 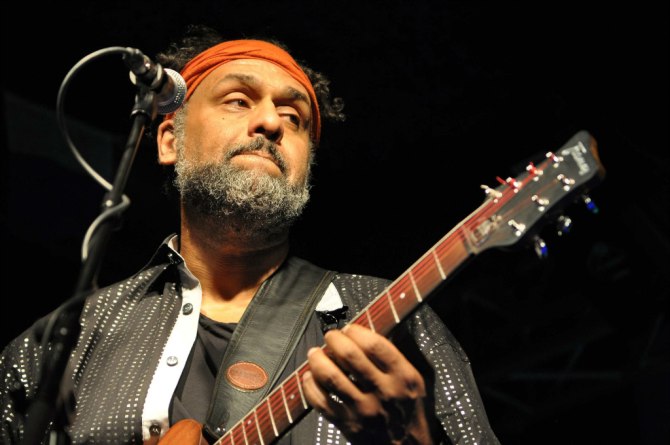 I have lived in Berlin since the early 90'ies. There was a lot of cultural money here when I moved over. They were looking for ideas. I didn't want to live in New York at the time, I had been there for so long. In the US the arts are kept in the hands of middlemen and there is this clepto capitalist bent, it just stops the progress of expression. They're kept in a corner from the general population. The general population is kept distracted by other things ie what is Lady Gaga or Nicky Minaj up to, which bikini is Kim Kardashian wearing. This is the art that people can talk to you about. There's the race thing also and the economic symbolism and value system. Also many creative musicians aren't working in clubs anymore because there are not many, they're teaching, so compelling or more challenging music is now something in people's heads.

Europe is more tolerant. It's gone down a lot over the years here too but it's still kept alive although its still the domain of the elite. All over the world there is a dumbing down process going on controlled by strong media. Things are slowed down and called contemporary, things are called ahead of their time that are for right now.
The music business crashed with 9/11. We have been building it back up, to keep the creative minded audience in tuned with us and music has still evolved. Free form, neo-funk, trash jazz , there are so many words for it whatever you want to call it, we are still creating and we are still here for the people whenever they are curious enough to find us.

There are a lot of new possibilities with the internet, computer software development and through creating networks of interest. We work independently, but no man can work alone. Things are moving. Its an exciting time.

Jean-Paul Bourelly with one of his world music projects, in 2005

Jean-Paul Bourelly is a guitar virtuoso, highly respected for his innovative style of jazzfusion, blues & rock-elements, who has played in countless bands and been the curator for world music projects. Bourelly's many collaborations include work with Elvin Jones, Buddy Miles and Cassandra Wilson, and he has also released solo-albums since the 80'ies. He is currently set to release an album with his band-project 3 Kings, while another noted band of his, Stone Raiders, is currently resting but planning on releasing a second album in the future. Find out more HERE.