Joe Acheson and the abstract quality of beauty 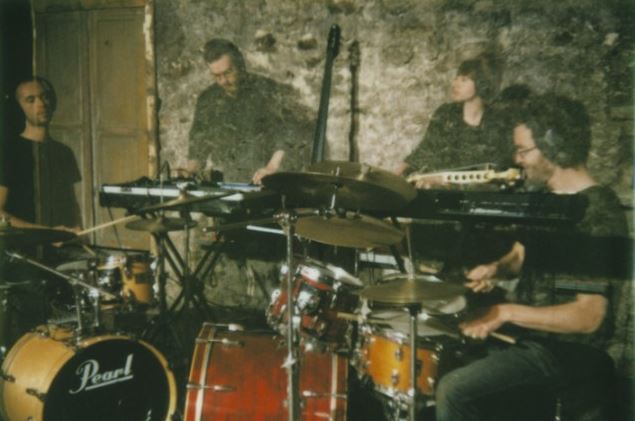 I am currently working on a new album or EP for my Hidden Orchestra project, which we are aiming at releasing next year. I also have a residency arranged by the British Library and the British National Trust, to celebrate the latter’s 50th anniversary of their Coastline Campaign, which includes creating a sound-map of the coastline. I am based in the hut in Cornwall where Guglielmo Marconi received the first ship-to-shore wireless tranmissions, where I'm making music out of the noises made by his equipment and the natural sounds of the coast - something should be released from this too in December. Before that I’m releasing two remixes in the next month. And in November-December I’ll be touring with the band. We are playing dates in Europe and India - it’s the first time that we are performing in India, so I’m very excited about that. When the tour is over it will be four days until Christmas, so that’s a pretty full schedule.

I recently left Scotland after fourteen years. I went there for university studies and stayed on. I have relocated to Brighton for family reasons, and because my record label is here. We are closer to our oldest friends here, and much nearer the airports and ports, but for some time I didn’t have a studio after the move.

I make all Hidden Orchestra’s music in the studio. I like to collaborate with people I have seen live and enjoyed. Hopefully I’m quite laid back to work with. I work hard. When making music for radio documentaries, for example, I want to create the sounds that the people who have commissioned me want. I’m pretty easy-going. I get a lot done I guess, because there is a lot I want to do. You have to work a lot if you want to progress.

I never had a specific taste in music. I listen to so many different things. I often ask people in interviews what their favourite sounds are, and they are the sound of birds and loved ones sleeping, for example, or of the more intangible, such as the abstract quality of beauty that runs like a common thread through all of the things that you like. I like melancholic music, music that thought has gone into, contrasting slow and fast, shades of light and darkness. To me all sounds are music. I have always been interested in bringing out the natural musical qualities in sounds.

We don’t yet know how all the changes in the music business are going to pan out. There has been a democratisation of music. It is easy for anyone to create now, but the mass of music is impossible to take in. Illegal downloads have probably resulted in more people coming to our shows, and discovering my music. The business’ first reaction was policing the net. Few bother now, as it is an impossible task. The depressing illegal download culture is so accepted. It has perhaps started to change a little now. Perhaps people are starting to realise that it is ultimately theft.

Joe Acheson is a British multi-instrumentalist and composer. Hidden Orchestra is his project, which includes Poppy Ackroyd, Tim Lane and Jamie Graham live. Hidden Orchestra has collaborated with many artists. Find out more HERE.

Previous post: Imad Mohabek: - My recordings were lost because of the war

Next post: Bria Skonberg: I have to use a different bathroom. That is the difference.