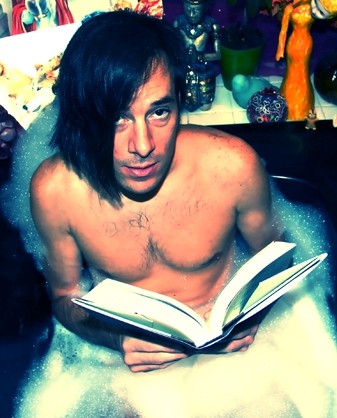 of Montreal was on the last playlist created by Lou Reed on Spotify:

We Will Commit Wolf Murder and Spiteful Invention from of Montreal's album Paralytic Stalks were added January 29th 2013. This was the last time that songs were added to the list, which has the same name as the radio show that Lou Reed and Hal Willmer did together. Kevin Barnes, who fronts of Montreal, has now made a playlist of the Lou Reed-songs that he currently listens to the most, for Musicians' Corner.

I didn't really process this yet. Imagining him listening to my songs seems surreal. I can't believe it.

We were in New York that day... We played 'Waiting for the man' that night.

These are the songs that I would put on my Lou Reed-playlist right now. These and all other songs by him really....

of Montreal saluting Lou Reed on stage in October of last year:


"Someone I loved very much died today. Anyone with a heart and a brain loved him too."
- Kevin Barnes at the Music Hall of Williamsburg, NYC