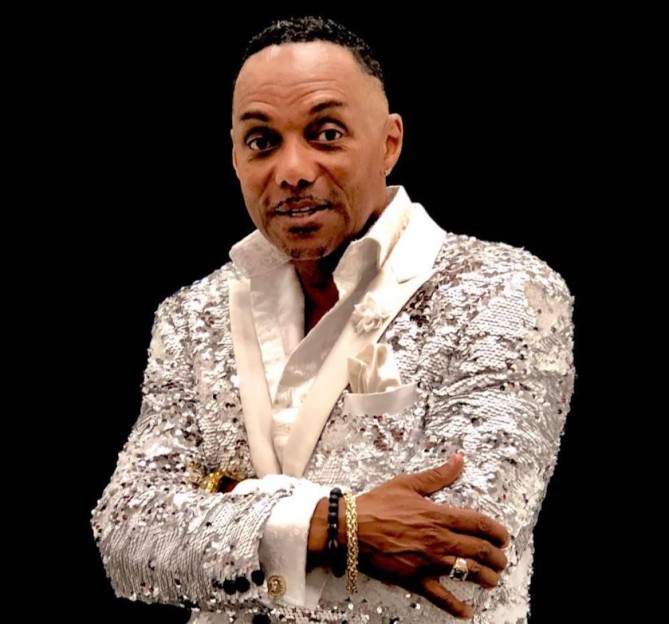 When you break it down, to me music is a special way to generate love, and share that love and good memories with people. Everybody has a song in their heart, and music is a universal language shared by all. Sometimes you can get through to people so easy and efficiently through good positive music, and how it’s delivered.

People told me as I was growing up in church: – “You have a beautiful voice. The world needs to hear you, and we think they will!”.  There must have been some powerful prayers for me, because their wish for me has actually happened, as I’ve performed for 10’s of thousands of people all over the world for the past 15 years. My gift became a vehicle that I could use to bring happiness to people. To take them back to a positive and happy place in their lives, sometimes reliving good memories through songs.

Detroit is always in my heart. I grew up in a Detroit suburb called Inkster, and that’s where I went to school and where my family lived. I love Detroit and always want to represent the D, and I still always cheer for and support the Detroit sports teams – like the Lions and the Pistons. Detroit is coming back. My brother & sister still live Downtown, and it is amazing now. I’m very proud of my city.

I wound up in Florida as my ex-wife was offered the Spanish speaking market as a trainer with General Motors back in 2003. We discussed it and together we thought it was a good move for our family to relocate. I was touring with Ali Woodson’s Temptations group at the time, and I knew they could fly me in for our shows from here just as well. Plus we have 80 degrees at Christmas!! 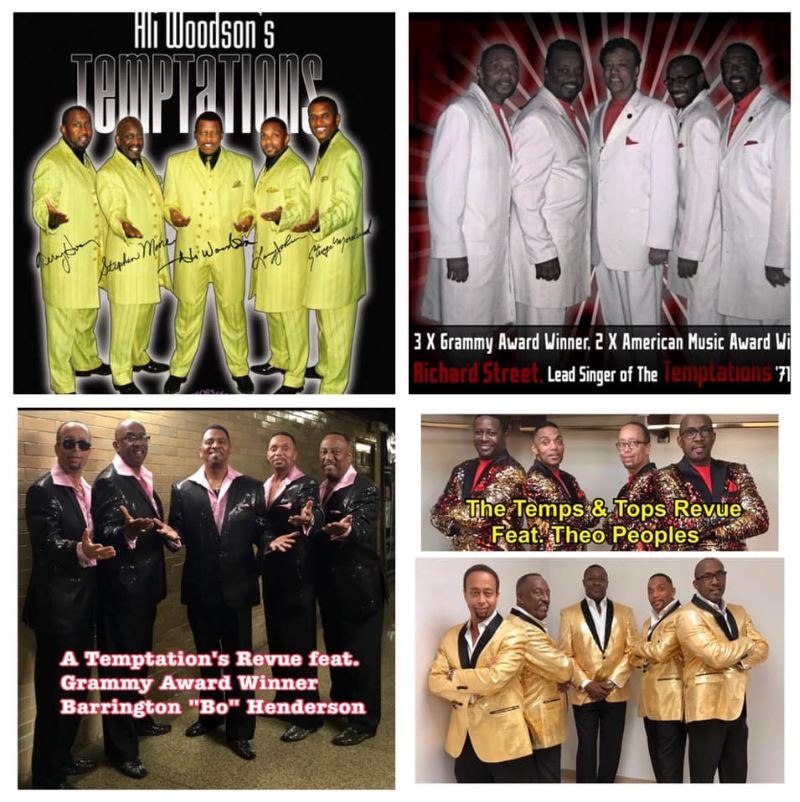 The many revues that Larry Johnson contributed his voice and performances to, including Theo People's Temps & Tops Revue

I got started in my 1st Temptations Revue group in 2004 with Ali Ollie Woodson, who sang lead on Treat Her Like A  Lady and many other songs.  He taught me the ropes and gave me my badge – and my very first stamp in my passport.  Then Harold “Beans” Bowles introduced me to Richard Street in 2005, and I was in his group until he passed on, and through it continuing with Barrington Bo Henderson, and then Theo Peoples.

Right now I’m doing my project The Essence of Motown, and I am also involved with two other Motown projects – The Magic of Motown and Motown In Motion. I work with four fabulous singers/performers here in Florida: Michael White, originally from the Bronx, NY and Greg Woods, originally from Springfield, MA, as well as the very talented Didi McFadden and Stephani Grace.  We are all pretty versatile and sing many genres of music. They are my family.  I am also involved in a very successful Earth, Wind, & Fire tribute band called Elements, and we are currently getting booked for a lot of shows all over the country. I work with Garry Samms in our Motown in Motion show, and Candi Rivers in our Magic of Motown show. I also want to give a shout-out to my producers Joey Dale for Motown In Motion, and Michael Yorkell with Magic of Motown and The Elements EWF show.

When you are performing Motown, I feel you need to as closely as possible stay true to the genre. I grew up in Detroit, I have a close connection to The Motown sound. It’s deep in my heart & soul, and being actually from Detroit, I like to think of myself as a true and legitimate Motown artist. So I really care about how this music is presented. People want to hear this music as close to the way they hear it at home on their record players. You also have to present strong choreography and give people something to look at as well as listen to. You have to bring nice show wardrobe, and present an all-round great experience, which is what we strive to do every time we hit the stage.

People can see your heart, and that’s contagious and memorable. That is the formula for getting called back for repeat performances.

LARRY JOHNSON is a singer from Inkster/Detroit, Michigan, now based in West Palm Beach, Florida. As a former member of several of the Temptations Revues, Johnson these days continues to fly the flag for Motown in several projects - with his excellent tenor voice, pleasant stage persona, and with his management skills - as well as also representing “Elements, The Ultimate Earth Wind & Fire tribute”.

Previous post: The history of music is seriously threatened II