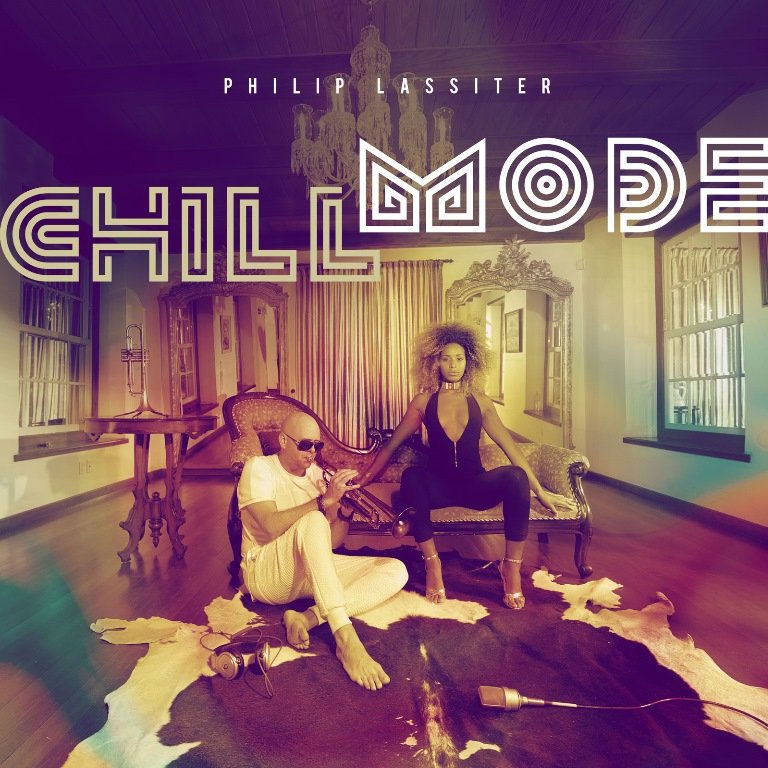 An article with Philip Lassiter

For over 15 years I have been cultivating my own sound using stacked trumpets.  I first heard this sound when D'Angelo released "Voodoo" with Roy Hargrove laying down trumpet overdubs.  I was already a huge Hargrove fan and had just got my first digital recording studio so I was off to the races. It wasn't long before I started getting asked to lay down my own stacks on other artist's albums.  Over the years I have had the opportunity to play on hundreds of projects, making the "trumpet stack" thing something I'm fairly known for but it took me THIS long to record a trumpet album of my own!  I thought to myself, it's about time!  So, I reached out to some of my favorite producers and asked for them to submit tracks that they had laying around.  James Poyser did 2 tracks on the album and they are so funky!  I had a lot of help from my good pal Rodney Lil Rod Jones with production and mixing on this album.  It may not have been possible without his generosity and expertise.  This project is so unique because of the mixture of true hiphop grooves with super harmonic trumpet soundscapes.  I couldn't be more proud of a record and I'd love to do another one at some point.

Before I first chose the trumpet I tried lots of instruments. Sax, drums, even oboe but I gravitated to the baritone first.  I got a nice sound on it right from the bat.  I was a small kid so lugging that heavy instrument around was quite a pain so, after trying my friend's trumpet, I was hooked. 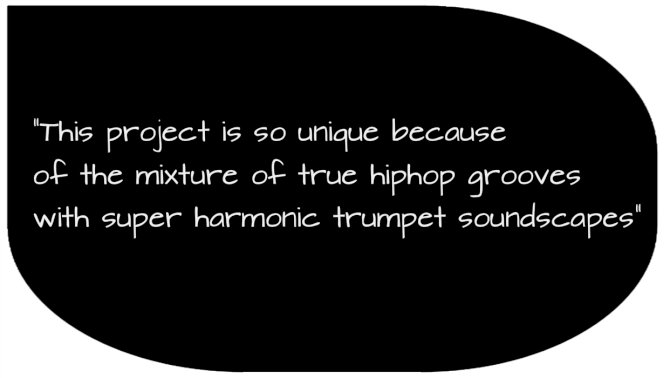 Prince was someone I always drew inspiration from.  I was always heavily into funk music.  I was way into Sexy MF, Kiss, Musicology and those types of Prince songs.  I always used to say that if I went on the road again it would be with someone like Prince.  I was playing on gospel record after gospel record, just basically making a living.  I lived in Brooklyn at the time I got the call from another gospel musician who had just linked up with Prince. He referred me directly to him and the audition process began.  The whole thing was very surreal and it all happened because of the work that I had done year after year playing on records.  Eventually my work spread all the way to the purple lord of funk himself!
Working with Prince was magical.  He was the hardest working person I've ever known.  I'll never forget the day we met.  I flew first class for the first time ever.  I arrived at Paisley Park and he greeted me at the door and immediately complimented my work.  I then followed him down a dark hallway into the foryer of the complex.  Murals and awards were everywhere.  The ceiling was painted like the sky and there was a piano shaped like a spaceship!  I was totally tripping out.  He then led me to a conference room where he told me what he that he wanted to build a HUGE horn section.  He said, "my father used to tell me about great big horn sections in soul bands..like 10 horns".  "At this point in my career I do not feel like there's anything that I NEED to say....so if I'm going to say something it's got to be something that I'M interested in...and to honest, I just want to HEAR it."  I replied, "right on". :)
We then went on to have an 11 piece horn section with 4 trumpets, 1 alto, 2 tenor saxes, 2 bones and 2 bari saxes!  It was such an epic sound.  At times it reminded me of Quincy Jones's horn section in The Whiz.  Prince enjoyed us so much.  He was very proud of us and loved to show us off.  He would often say, "we are going to make history".  I never heard anyone say that out loud.  lol
Then we turned around and did JUST THAT.
We played the United Center in Chicago and SXXW in Austin.  We gave an epic performance on the Arsenio Hall show in which my favorite horn arranger, Jerry Hey wrote and complimented me on my arrangement after the performance.  We did 3 nights at the famous Montreaux Jazz Festival which was video recorded and said one of his finest performances.  We also performed for almost 4 hours in a heat watch on Curacao, an island close to South America where I met my wife.
The experiences I had with Prince will forever be some of the richest moments in my life.  I will always remember him as someone who believed in me and encouraged me to think outside of the box and keep the music moving forward.

My wife and I just moved to LA so we are very excited about what's around the corner.  I recently wrote and arranged horns and strings on the latest Kirk Franklin and CeCe Winans records.  Kirk just won a Grammy for best gospel album.  I also did horns for Jose James and Kandace Springs, 2 up and coming soul/jazz singers on Blue Note records.  Right now I simply plan to be as visible as I can and let people on the west coast know that I'm around and ready to work!

There are so many I would like to collaborate with.  I have my eyes and ears set on the stirring and resurgence of soul music.  I am really digging where artists like Bruno Mars, Justin Timberlake, Robin Thicke, Adele, Ceelo and many others are headed. I would love to team up with producers like Will.I.Am, Mark Ronson and Pharell. The sky is the limit and I believe anything is possible.