A text by Leo Mintek 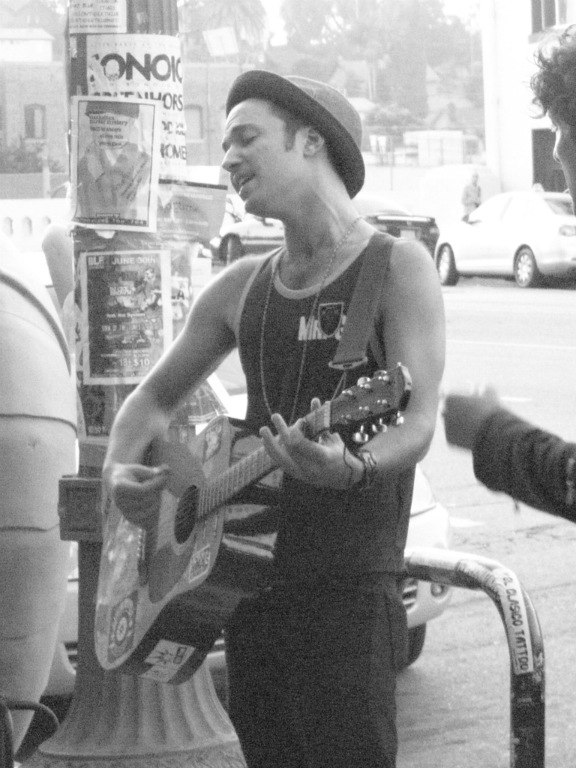 Day of the Dead is a holiday about facing death, looking it in the eyes, laughing at it, and celebrating life while also spending time with the spirits of the dead.  Lou Reed just passed away and we wanted to honor his wild life and art with music. We have therefore made a recording of ''I'm Waiting For The Man''.  Also my father just died last month from a vicious cancer and I was there with him every day as his body withered away and La Muerta came knocking.  I want to honor those who have died with something upbeat, not mourning, but celebrating these short lives we live and with a defiant lively spirit in the face death who is coming for us all some day.

Outernational are a band from Brooklyn, New York. They have released three EP:s produced by Tom Morello and the concept-album ''Todos Somos Ilegales''. They are doing things their own way, and in 2013 they have toured in South America and Europe. Right now they are embarking on an Esplanglish Tour in the US and Colombia, during which they will be honoring the great Lou Reed.

Next post: Ian Ethan Case: - I think everyone has a unique voice