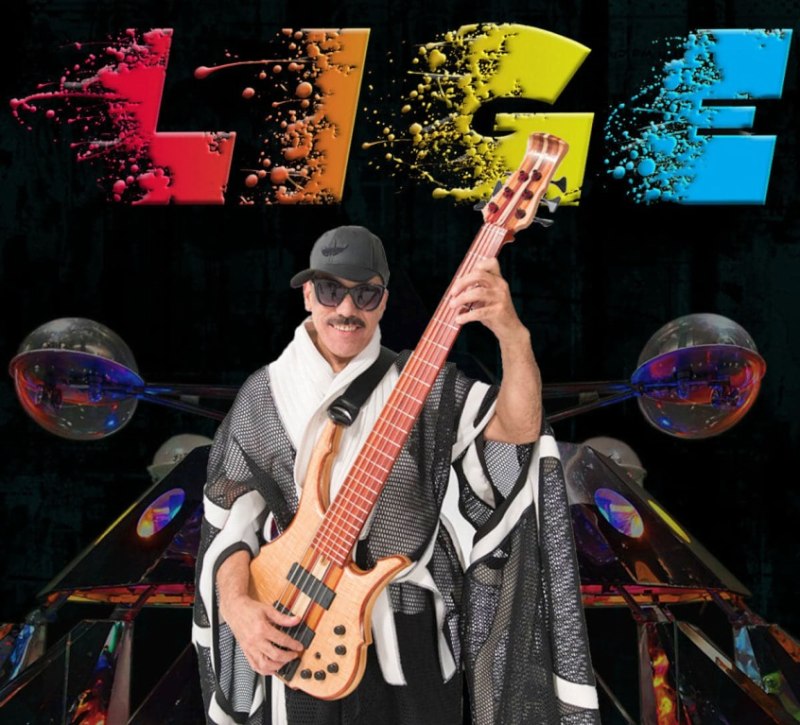 I just stopped touring with George for this year. He is going to start back up in January of 2020 – that’s what I’m hearing.

In the meantime there are some other things that I’ll be doing.  They are not so much side-projects anymore.

George is retiring. It makes the other projects come closer. Ligedelic is my project. It’s based on funk. I am doing some things with it in November, stuff taking place in Europe. We will get the interest going. I have friends in Europe who have wanted to work with me for years. I have been so busy with George. Starr Cullars will get a CD released this year finally. We will get more things going there. I play guitar with her band. That’s full speed ahead.

When George Clinton wants to retire he has to play everywhere. They love him so much, they are begging him. We have to play Japan and Europe, and everywhere. Maybe he will stop in 2020.

George’s catalogue is so vast. He has been writing music since the 50s.

Parliament Funkadelic was such an underground thing in the beginning, but that stuff is still revelant today. George Clinton has such wit.

There are only a few of us from the 70s left.

I look forward to coming home, to the me time. It's so much with we and us and our on the road. You have to give up your time. You have to smile. It’s a job.

At times you have to take out the crazyness in your life. Traveling on a regular basis is a job. The rest is part of a life of touring. You have to get that rest. George is never completely done when he’s done. After a tour when everybody has come home there are these one offs that we have to go play. You eat great at home. There is a lot of crap food on the road.

I live in San Diego. I get calls from LA. Driving up there takes a couple of hours. I’m in a relationship with Starr Cullars and we have been a couple for over twenty years.

I don’t sugarcoat things. My parents were straight. When you get out into this world, and especially into this business, that helps.