An article with Luke Holmes. Above: Ocean Grove's single "Stratosphere Love" from the album The Rhapsody Tapes

Firstly, thank you for having me! I'd say the general consensus of the song ("Stratosphere Love") and record (The Rhapsody Tapes) have been equally as positive which is always a bonus. For me one of the hugely redeeming qualities of this band is the varied influences and background we share. I think our music has become quite unique and immeasurable by the sheer amount of influence creating this unique flavour. Our music libraries vary from psychedelic rock to garage to trip-hop to 80's metal to musicals. I think all of these bring a different undertone to the record and its a good representation of our sum total of influences. At the moment I'm really loving The Prodigy, Robbie Williams and have rediscovered my love for Savage Garden.

About the video I guess in ways we wanted to capture an existential struggle and the war that exists within ones self about doing what you feel is good and doing what makes you feel good. This is definitely a topic I've pondered and I think when you're writing music often the many things you are fascinated by or concerned with leak into your music so I can see how it would be interpreted that way... it's probably a topic I delved deeper into on a track called "Intimate Alien". Ultimately, we try to write our lyrics more like poetry and for people to make their own interpretations rather than just spelling it out... I think one of the most interesting parts of releasing a record is hearing peoples take on what you were trying to convey with lyricism. 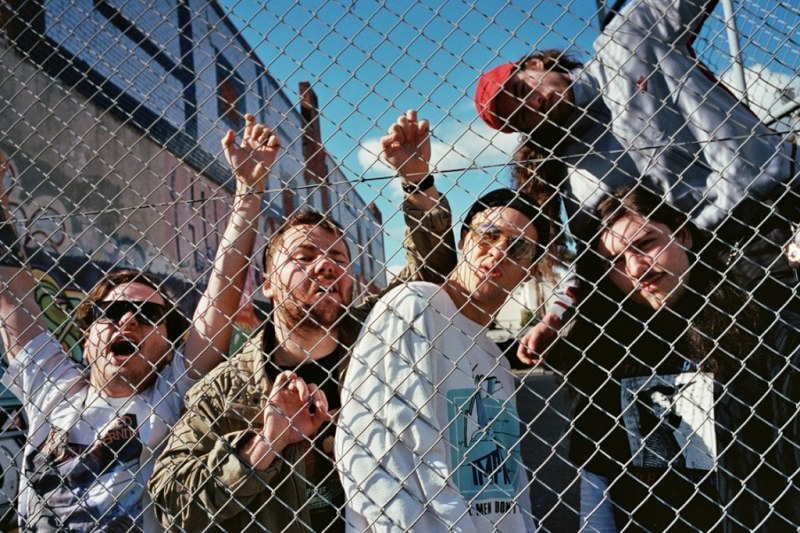 Forgive me if you take this as the typical, pseudo-intellectual pretentious thing to say, that I fear it may be,  but I'd to say my approach to music is one of passion. Not that I think I'm the most devoted or outgoing individual to have lived but in the way that if I'm doing something, no matter what it is in life, I want to give it my all or not at all and be very honest in doing so. Ocean Grove's musical journey came from very humble beginnings and our mission statement was never really more than to see the world and play the music we wanted to play together in the hope this would leave a lasting impact on our lives or to anyone that listened.

A concept of Odd World was something conceived in the early stages of writing this record. We really wanted to make this album a score to this place, Odd World, a different paradigm where our different influences and quirks could roam free. I guess we wanted to make a place that reflected our music... something that was borderless and if our music wasn't going to be confined to genre this place wasn't going to be confined to the routine normalcies of just any record. As the album progressed and the music almost started writing itself instead of this concept of the Odd World became more and more shaped by the music rather than this ideology shaping the music. In the end this Odd World we had created was almost a mirrored image reflecting the oddities of our own world and I am glad that you had picked up on that in a previous question.

Music is to me what I would consider it to be to most, a multifaceted energy and something that will always be a constant in my life. Multifaceted in the way that it can be an escape, a motivator, something to pass the time, something to enhance emotion... it's purposes and benefits are endless.

I've only been on this earth for 23 years but I'm yet to meet someone that doesn't find some kind of solace in music or that straight up dislikes the idea of music. Music to me is what I want it to be and most importantly to share a love for music is to be human.