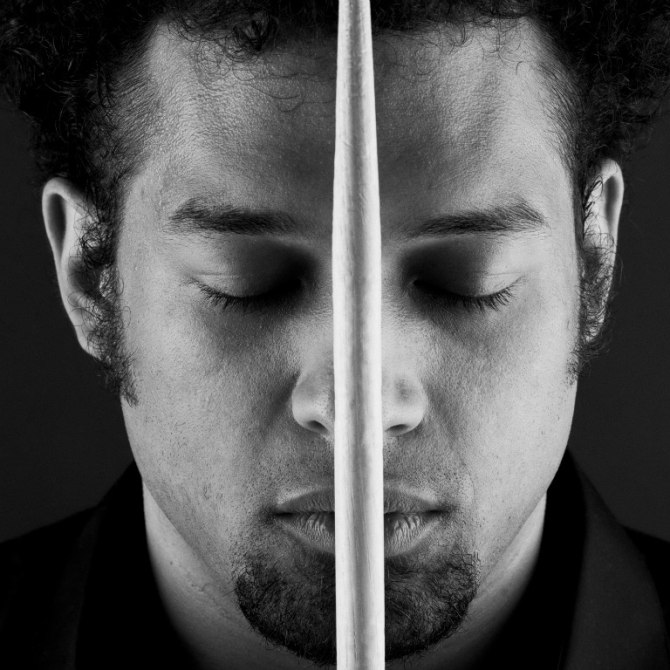 An article with Makaya McCraven

To me music embodies a wide range of areas. To me music is a social thing. It is a language, and I really believe in music as a language through events. It’s unspeakable emotion that we have a hard time describing in words. That is especially true for instrumental music. We can play music together across language barriers. Music is played at weddings, funerals, celebrations, parties -- to express what we can’t say through words.

At my house there was always a lot of music as I grew up. I had the opportunity to play with great musicians as a kid. I was acquainted with odd meters through my mother’s music. I learnt about life in music, and about the business of music. I experienced how our lives grew through music. People around us, who didn’t have much, still had a lot through music.

Makaya McCraven at Andy's in Chicago

I am based in Chicago because Chicago was familiar to me. The jazz tradition was there. It was a very welcoming place. There is something organic about the city, and there is an oral tradition that’s very strong. There are influences from music from near and far, so it’s a very diverse city.

I like being a band leader because it gives me the opportunity to create. I have played with so many musicians. I played hip hop, rock, with Eastern bands, African bands etc. To be myself is what’s important to me though I will always play in the style at hand.

The way I see it kids are prime for jazz. The key to connecting kids with jazz is to allow them to create, allow them the striving to master something. We need to get children to engage with music, and acquainted with the idea that they can play any style of music within jazz. We need to get the kids involved in the arts overall, and allow them to have a say.

Makaya McCraven is a versatile drummer based in Chicago. His parents are drummer Stephen McCraven and folk singer Agnes Zsigmondi. Noted for his innovative style, which combines jazz roots with contemporary elements, Makaya McCraven has played with numerous bands, contributed to several albums, and become a much appreciated performer on his home scene and around the world. His current solo album is titled ‘’Split Decision’’. Find out more HERE.