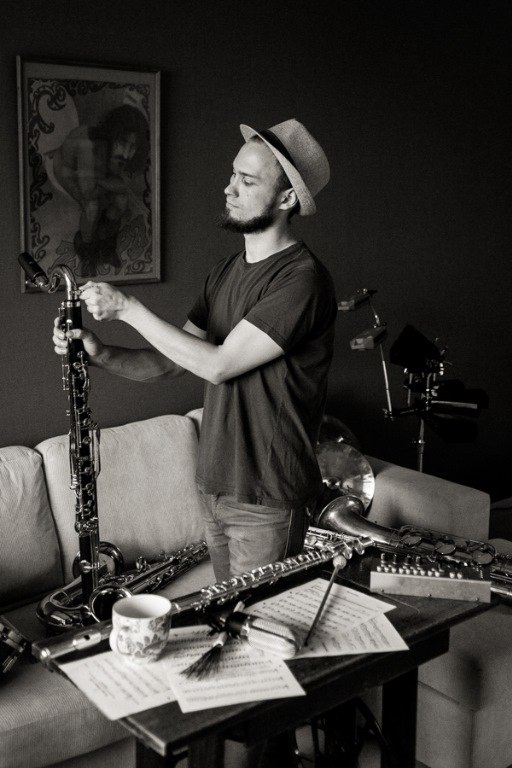 An article with Markus Pajakkala. Learn about his band Utopianisti.

Utopianisti is mostly my project, I’ve written all the songs but the band members and guests’ voices can also be heard in the result. I don’t want to be a despot leader, but rather like to provide an engine through which the other musicians can shine.

I made the first album in 2010-11 as a school project while studying at the Sibelius Academy. I would’ve made it anyway, but I got it neatly merged into my studies, which was handy. I wrote all the songs, engineered and produced the whole thing, and played a lot of the instruments -- and there were also seventeen guests on the album. It was mostly a lab for myself to play with different ideas, and the genres varied heavily. The second album got even more ambitious, having thirty-one guests including big band horns and opera singers. These were only studio albums. Most of the musicians on them never even met each other. After the 2nd album I felt that the material could be tried out live, so I asked some talented friends of mine to come try it out. The band came together smoothly and suddenly we were booked to tour Mexico before we had done a single gig - that was a rocket start! The 7-piece line-up felt great and I started writing music specifically for this group.

The third album ”The Third Frontier” (released May 2016 through our big hero Pekka Pohjola’s old label Pohjola Records) was recorded mostly live in the studio with the new line-up, this time with only 2 guest singers. Most of the songs had been played live a lot prior to the recording, and it made them come together in a way that I could previously only dream of. The album has got very good reviews and I also regard it as the highest point so far in the history of Utopianisti. The palette of musical styles was narrowed down from ”absolutely whatever goes” (of the first two albums) to the more cohesive jazz-rock meets prog with hints of avant-garde thrown in. But be sure that I don’t want to be boring or predictable - the palette is still pretty wide and anything can happen, as you see… 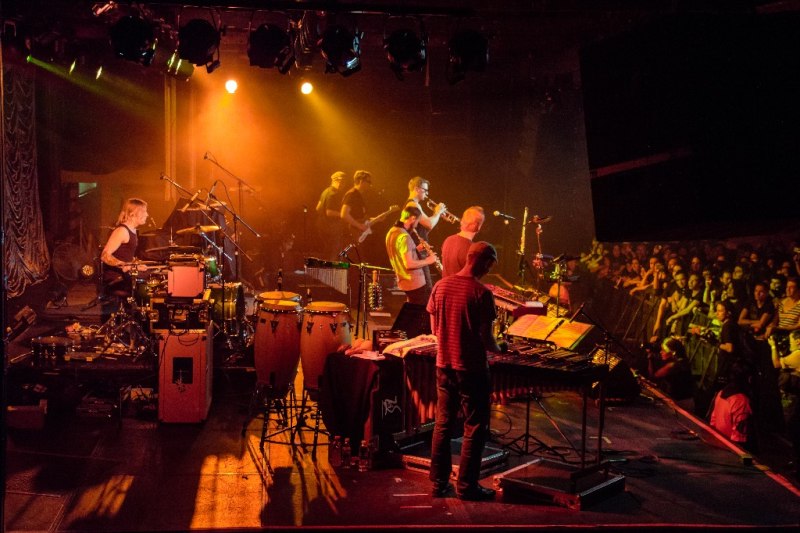 The fourth and newest album ”Brutopianisti” is a kind of experimental side project. It doesn’t involve the band, though the band isn’t disbanding, but the album is a play on multiple ideas I’ve had floating around. It came together very naturally, like a huge burst of inspiration captured in the moment. It’s very loud, brutal and extreme, very different from the previous albums. I play all the instruments myself apart from some modular synths tweaked by Anssi from the band, and the vocalists are guests ranging from growling and squeaking to throat singing. I’m very happy about it. It turned out great. It seems that it might get us some new fans, but if the old fans don’t like the extremity of it, don’t worry - that it’s not the direction we’re planning to stick to.

I first got started playing music because as a kid I was banging on stuff around the house, and a friend of my parents’ said “Get him a drum kit”. So I got one when I was 10. After that I also got a computer and music software. After I had put loops together for some time I started writing music of my own. On my way deeper into music (namely jazz and world music), I got fascinated with the saxophone and picked it up when I was 15. I also play some flute and keys on the side. I guess my main composing tool is the piano, even though it can be anything else too, like a table, a bottle or a toy xylophone. A real piano is actually very rarely heard in my compositions (even though the name Utopianisti might suggest otherwise). Nowadays I’m in the lucky situation that I make a living by writing and producing music for my employer Yousician, with some freelancing and Utopianisti on the side. I also get to satisfy my need for genre hopping in my day job, so maybe Utopianisti can concentrate on it’s own voice now.

I like the energy of music and to be able to express myself through it. Not only for the huge joy of it, but it’s also good for the demons in my head. There is so much that you can do with music. I love playing, playing with other musicians, and listening to others playing. Music is something to immerse myself in, and I wouldn’t be happy without it. I’m into jazz, prog and world music for example. I like building tension through my music, and then letting go. I tend to listen to more flamboyant music, also sometimes go for something more ambient, but my active personality makes it pretty hard for me to compose something like that! I’m happy to take that as a challenge though…

The way I see it, now that the band has its own kind of voice we’re about to take it deeper into greater songs and interplay.  We are trying to get some gigs booked for 2017, also abroad. This year’s plans also include writing more music for the band, although we probably won’t be ready to record it this year. But you might hear new songs on our gigs!

Previous post: Mark Holub: Still finding out what you are doing is important