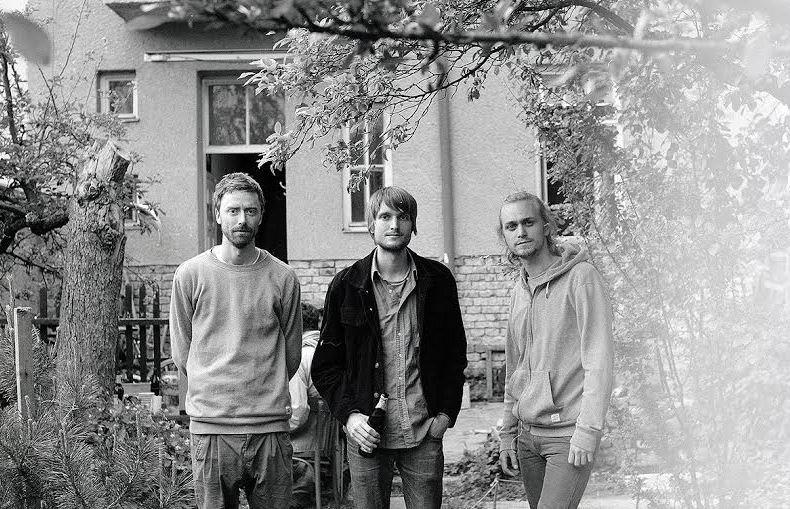 An article with Monkey Plot

We are three guys from Norway who have played together for four years. We met each other whilst studying our Bachelor´s degree in Improvised Music and Jazz at the Norwegian Academy of Music. Two of us, Christian & Magnus, are currently doing our Master´s degree with Monkey Plot being one of our main masters projects.

But the ambitions of Monkey Plot goes far beyond the grounds of the music academy, and the band has for some years been touring, playing at concert series, festivals and collaborated with other artists.

Our main focus is of course to play music. This summer we will be recording our second album, and before that we will be playing at Molde Jazz Festival. During the fall we are   going to Japan for ten concerts, and we will also have projects with the swedish poet, writer and musician Pär Thörn and with the norwegian performance-vocalist Lisa Dillan, among other things.

Music is so many things. It is highly important. It’s important socially and important as an art form. When becoming a jazz musician nowadays you know that you will have to do most of the work yourself. We depend on each other and are lucky to be in a supporting environment. Besides Monkey Plot we all have other musical projects(Karokh, ICH BIN N!NTENDO, PGA, Wolfram Trio) which gives nourishment both to the creative processes and our income.

Our music is free improvisation, but for some people it sounds composed.

As a band we have many of the same musical preferences and know what Monkey Plot should sound like, even if every concert offers big surprises.

For listeners it may not always be possible to recognize the music from concert to concert, but you will definitely recognize the sound of the band and may hear similar moods or us returning to known musical areas.

We want everybody who has the time to listen to do so. The experience is of course individual, but people have described it as both meditative, trancing, cinematic, groovy, noisy and strange. People listening to the records without knowing what they are listening to have claimed that it is «music of the indigenous people of Amazonas», «music of Japan», and some even thought it to be «from the middle age». The common experience is often that they find the music calming.

We are not trying to reach any specific audience.

My name is Magnus Skavhaug Nergaard, and I’m the bass player in Monkey Plot. My bandmates are Christian Skår Winther on guitar and Jan Martin Gismervik on drums.

Me starting playing the bass was a bit of a coincidence:

I was in a rock-band as a child, and everybody wanted to play guitar, so I took on the big burden of playing the bass.

It turned out to be a big fascination and an instrument that gave me a lot of freedom and the opportunity to play different kinds of music. Today I don´t think much about it and try not to let the instrument limit my musicaIity. Or to put it in another way: To enjoy the limits of the instrument.

It could be any instrument I guess, but so far it has given me the possibility to play with the people I want to play with so I´m very satisfied about that.

I play both upright and electric bass, and of course the downside of playing the upright bass is that it can be a both chaotic, scary and expensive to bring it on the airplane. My upright bass is from the 18th century and I don’t want to risk it. I usually borrow bases or take a train if I play around Scandinavia.