An article with Sarah Longfield 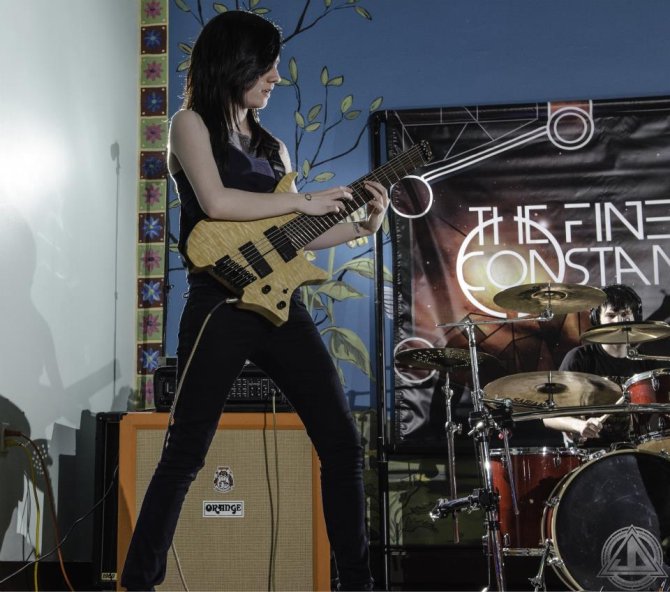 An article with Sarah Longfield

My interest in music began at a young age. I started piano lessons around the age of 8 and my desire to explore music continued to expand from there on out.  I took up the violin at 10, the flute at 11, then guitar at age 12 (which then led to drums/percussion, and cello).  As for my musical voice, I would have to say that it is a combination of all of the different styles and instruments that I have played to date, as well as influenced by the many different genres that fascinate me :)

My decision to pursue being a solo artist started out as just a necessity.  I did not know many musicians at the time near me who were either free to start a band, or wanted to start a band.  So being left with no other choice I decided to try doing everything on my own.  This was all made possible by the awesome Keith Merrow.  He introduced me to home recording techniques (how to use various software, what tools I would need, how to mix etc.) and inspired me to take my writing more seriously. So if it were not for him, I probably wouldn't be doing what I am right now!  I do also have a band now called The Fine Constant, who currently play the songs I have written live :) They are all incredibly talented and we will be collaborating on the next album, which will be new for me! I am excited!

One of the awesome things about being a solo artist is that when you are rewarded for your work, it feels incredibly gratifying because you know that you are where you are because of the work YOU put in.  Although the opposite is also true, if people do not like what you have created (and many are very vocal about that) you can't place blame on anyone else, you are at fault.  Which I actually think is a good thing, it forces you to grow and learn at a more rapid pace, and it helps to develop a thick skin towards insults/criticism. 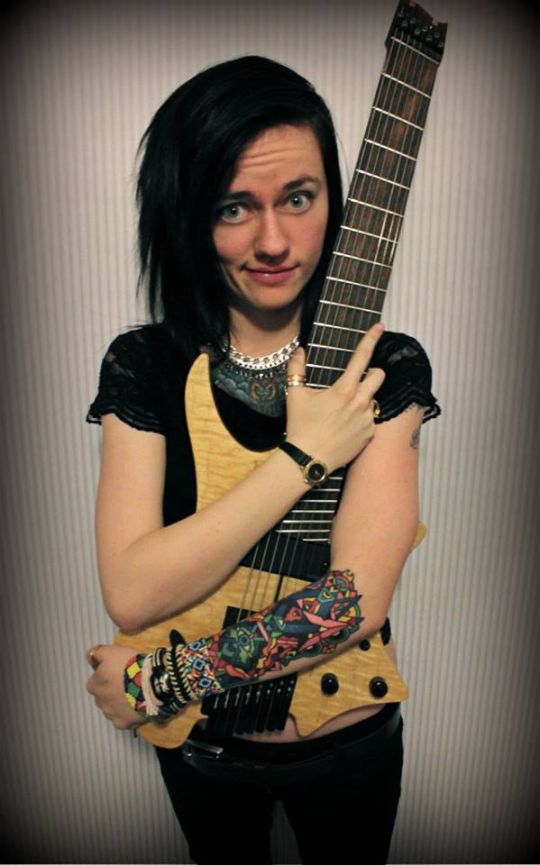 My current guitar of choice would be one of my .Strandberg* Boden 8 strings, designed by Ola Strandberg.  They are incredibly ergonomic and comfortable to play, as well as being a bit smaller than the average 8 string, which is more fitting for me!  My favorite pickups are the EMG 57/66 8 string set, very full sounding, clear, tight and good for any genre! As for amps, I currently use an Axe Fx II for my recordings and live shows, but I have a Randall Thrasher on order that will soon be replacing the Axe Fx :)

Right now I am working on a new album for my solo project, writing a new album with my band, finishing up an album of electronic music that I have been sitting on for the past few months, and collaborating with my friend (and fellow female shredder) Annie Grunwald! I am also playing lots of live shows and preparing for the upcoming NAMM show in Anaheim! So I am very busy, but there is nothing I would rather be busy with than music :)

The music scene where I live doesn't really cater to a variety of genres and musicians unfortunately.  It is difficult and not too many big bands make tour stops in my city for that very reason. There are not many big cities in Wisconsin, so my plan right now is to save up money that I make working, and then to move somewhere with more musicians and more venues (and maybe warmer weather?!)

Sarah Longfield works as a solo performer and with the band The Fine Constant. She currently has five albums/ep:s available. Listen to more of her work HERE.

Previous post: Ian Ethan Case: - I think everyone has a unique voice