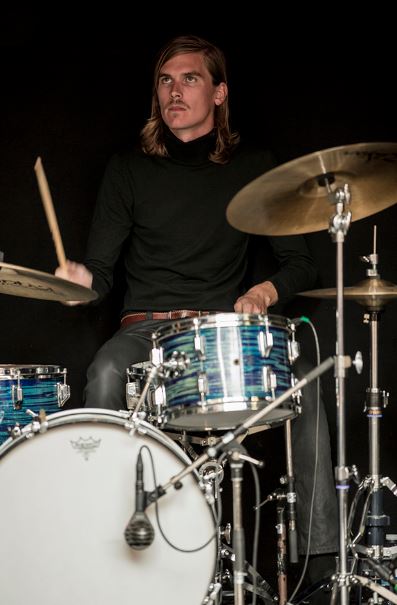 An article with Jonas Waaben from The Mind Flowers. Photo Wilfred Gachau

My name is Jonas and I am a member of the band The Mind Flowers. We are three guys from Denmark and we have known each other, and played music together, for a very long time. We have been The Mind Flowers for about a year. Before this band we played in jazz- and funk-groups, and in more rocky set ups too.

With The Mind Flowers our music was quickly described as psychedelia. It wasn’t so much that we had decided on becoming a band that played psychedelic music, but when people started describing us in this way we used it ourselves.

''Down The Line'' by The Mind Flowers

We know each other very well musically. We improvise every time that we play together. It’s like a meditation, and if you improvise a lot together you are able to communicate without words. Improvising a song structure can also give the music a psychedelic feeling.

The cultural explosion that took place between 1966 and 1969 is something that is still heard. It affected all art.
People sometimes say that they had expected our music to sound the same from one song to another. They had expected a certain type of sound. But psychedelia can be many things, it can be r’n’b influenced for example. We are interested in the early phase of this music, when the sound wasn’t stereotyped and what it was was more open. We don’t deny that this is an inspiration, but we don’t want to be a retro band. We are trying to do our own thing. Bands like The Seeds, The West Coast Pop Art Experimental Band, Ultimate Spinach, 13th Floor Elevators and Strawberry Alarm Clock inspire us. But we grew up in the 90’ies and listened to The Red Hot Chili Peppers too, during a time when it was possible to mix comedy with cool in music, something that is extremely rare today. 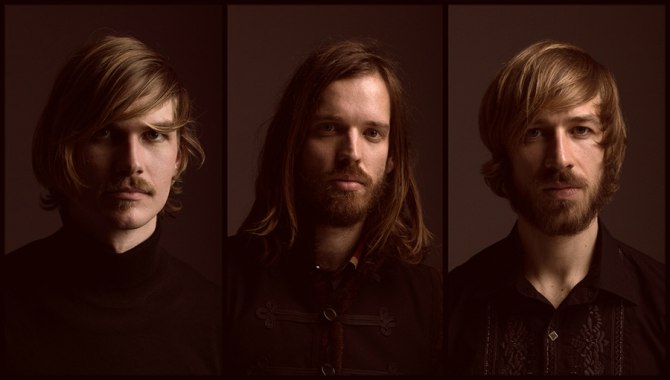 Music is now a full time occupation for us. We spend 30-40 hours a week in the studio rehearsing.

Music to me is what takes place when sounds mean something. It can be minimalistic, it can be huge. It can be avant-garde but people can still dig it. These days artists have to go a long way for people to ask ‘’Is this music?’’.
The Mind Flowers are now a successful underground band in Denmark, but that is nowhere near where we want to go. We want to take this show on the road to many places. We want to see our own music evolve.

We are currently mixing an album. It is a collection of songs that were written over a few months. We went to a farm to record it, and we recorded like crazy around the clock. There was no engineer going home at 4 o’clock out there. The rooms out there happened to sound beautiful.

''Japanese Hills'' in the video version, a collaboration between The Mind Flowers and dancer Marie-Louise Nielsen.

The Mind Flowers are Emil Bureau: lead vocals & guitar, Jonas Waaben: drums & backing vocals, and Niels ‘Bird' Fuglede: bass guitar. Formed in 2013 they were signed by Levitation Records in 2014, and are currently mixing their first album. Find out more HERE.

Saw you 26th march 2015 on yr first gig in Cologne/Germany - just wanna thank you for this short, but fantastic performance!!

Previous post: Will Calhoun: - Music is no different than life