An article with Marilyn Mazur 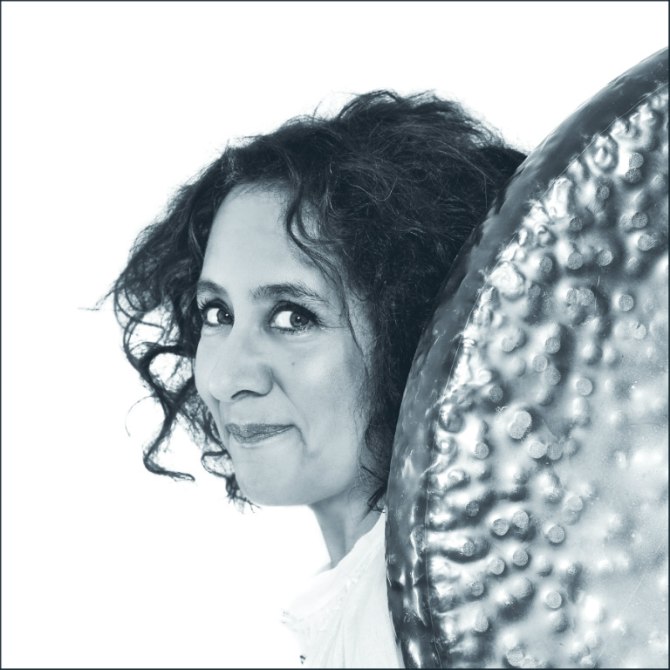 An article with Marilyn Mazur. Photo by Stephen Freiheit

'' - Miles Davis called me to ask when I could be in New York. I hadn't been there since I moved away from that city, my birthplace, at 6 years of age. Of course I couldn't refuse this great musician. Three days later I was playing with him. And playing with him for three years made me accepted the way I am. When you live in Denmark it's hard to be too different and gain respect without a stamp of approval. My music didn't fit into any boxes, so I was automatically seen as experimental. Playing with Miles gave me the permission to be myself. ''

'' - I liked the music that Miles played at the end of the 60'ies - the beginning of the 70'ies the best. By the time that I played with him the music was a little too set for me. He liked that I put some colors in there. I didn't really feel at home in the band. I missed the musical communaction, I was used to. After a year I left the band and went to play with Wayne Shorter for a year, then Miles asked me to come back. I stayed another year.''

'' - I then decided to leave. It was a really hard decision. I had gotten government backing for projects at home in Denmark. But it was a difficult decision. Miles only lived for a year after that. He had asked if I could write some music for him and I never did.

- Miles Davis had deep powers into the roots of life. The things that were supposed to happen did happen. It all turned out the way it was supposed to turn out.''

Marilyn Mazur is a percussionist, drummer, composer and bandleader. She has worked with many musicians, and many projects such as Future Song and Percussion Paradise. She is currently working with Celestial Circle and Marilyn Mazur Group. Listen to samples of Marilyn Mazur's music here