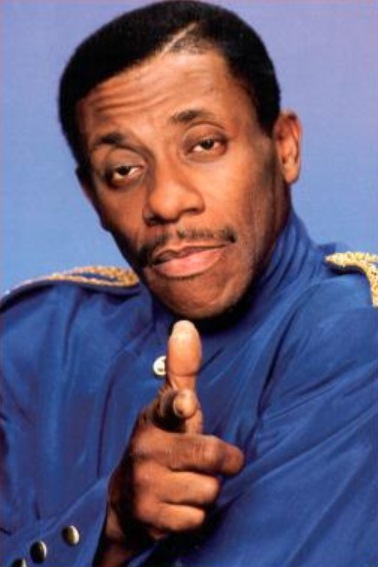 There is little doubt that The Dramatics is one of the greatest groups that ever worked in the music industry. Thirty plus something top ten hits, more appearances than anyone on Soul Train, went on for 48 something years, you can't even sum it up if you try - there is so much to find out about this group. And although it is in fact often times about numbers when we look at things, with music the proof is in the pudding too - and it can't even be fully described where the most deep and rich music is concerned. You could attempt to, and assign music theorists and poets for the task of describing the harmonic, melodic, rythmical, blended, rich, vast, deep sounds of the Dramatics, and they would be coming up short. The best music is indescribable. We don't have the faculties. We can wave about a bit and say SOMETHING about the music, but it will only ever be something in the midst of it ALL that could have been said had we had the vocabulary.

The Dramatics original members were Ron Banks, Larry Squirrel Demps, William Wee Gee Howard, Elbert Wilkins - and Willie Ford - all native Detroiters. The group was formed in the 60s and a trillion gazillion things happened since. And two weeks ago we had the heavy - heavy - news that Willie Ford has transitioned, and as these words are written this great contributor to music is being returned home.

Willie Ford's unique bass voice and stellar capabilities as a dancer is a combo that has made Willie Ford a true one-of-a-kind artistic presence for five decades in entertainment. He has projected the poise of someone who enjoys executing his profession to perfection on stage. He certainly is the very illustration of the gift of musical superbness that we know as The Dramatics. He was there for the creation of and massive break-through of this group, which is what most people associate with The Dramatics, and which was also the pinnacle of their chart success - and he was there for the full journey through all its twists and turns.

Willie Ford leaves a legacy of happiness to those hundreds of millions of lives that were and will be touched by what he gave of himself to the world. He is forever one of the personalities who make Detroiters extra proud to be Detroiters, and equally one of the legends who represent what music became at the very height of what has been the golden era of recorded music.

The end... Something feeling like the dignified & matured thing this legacy and five part harmony five lead singers' concept deserved. And you just look at that young crowd loving every second. Well done!

Thank you so much, Willie Ford, for what you have done for music, and enjoy that Heaven that loves to have you.

Small Note: Willie Ford recorded a song, titled ''Lie To You'', which is currently in the 'vault' of bassist Tony Green. Willie Ford sings straight through this cut. Supposedly this song belongs to the people who commissioned and paid for it, and it shouldn't be lost to the world.

(((Even smaller note that really doesn't belong here: To those of you who come to this page from a soul music site where it's linked - we have tried to change the somewhat faulty Dramatics' ''facts'' on that page to no avail. We managed to change ONE thing and are since thanked on that page whatever we tried to get across and even if we asked to be removed... Please check the intel presented to you in life...)))

Next post: The Music Journalist of the Year is Anastasia Tsioulcas!