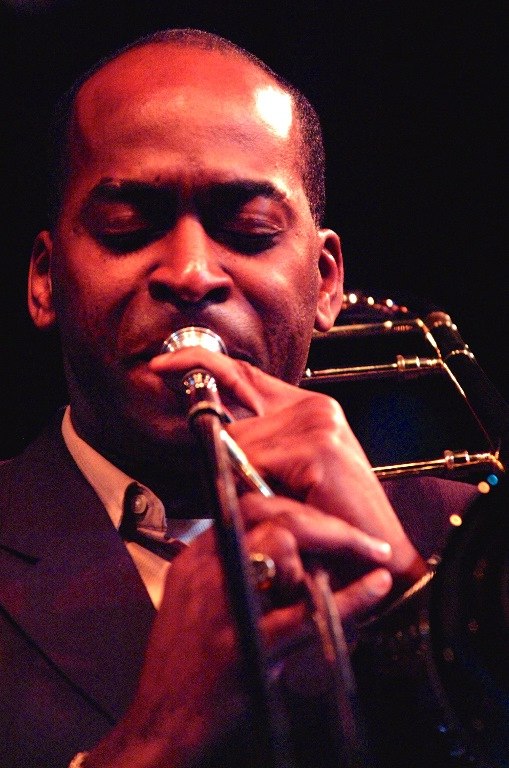 An article with Ron Westray

The first time that I heard trombone was on tv. I was a kid who was probably still learning speech, and I was watching the slides with fascination. About five years later in 6th grade we were introduced to band instruments. Everybody wanted to play the trumpet, and so did I, but as they were handed out, guess what, they ran out of trumpets just as they got to me. As I was tall and lanky, AL McClain told me that I was a trombone player. AL McClain, knew that I was Joe Westray’s grandson. He grew up with my granddad and knew that I had jazz genes.

My dad, Ronald Westray, was a funkster and my mother, Ginger, is a widow and a retired school teacher. Mom never remarried. (She has a documentary out called Art House on You Tube) I grew up listening to George Clinton and Ohio Players. I was probably introduced to jazz in 6th grade. My teacher was a jazz musician and he had us play standards like “Ain’t Misbehavin”. I grew up in a middle class black neighborhood and I excelled in music, being the section leader in my school band by high school.  I had my eureka moment when I first heard Duke Ellington’s “East Saint Louis Toodle-Loo”. I knew that was what I wanted to do. By that time I thought that I was going to be a rapper. I was dressed as a rapper, and I was a rapper with a trombone case. But hearing Coleman Hawkins…and his solo on “Body and Soul” from 1939… I ran to the library wanting to read about jazz history. I got the biggest book about jazz that I could find at the library, and the first page that even opened was the transcription of Coleman Hawkins’ 1939 solo. And when you try to play it at 15 years old you know what you have got to do. I was the hot shot in the school band, but I knew then that I had so much to learn. You may be born with jazz genes. You still have to learn how to play

I have been able to play a lot of genres and styles because of my listening habits. With anything that I have been part of I have been living that music. Music is a mathematical absolute and I have been exposing my ears to it. In a certain setting my reflexes just settle back into it.

Of course some jazz that is played today is like a museum and it’s not possible for it not to become like a museum. But it’s important with informational concerts, and you see people floating out of them happy. However it may be healthier for a kid to just run around and play at a jazz club, if that were possible. Theory is important though, and if I have a message that I want to get out there more than anything, it is that in improvisational music we’re not making something up – we are playing what is there. Improvisational music is about keeping your ear on the chord in real time – and that is difficult. 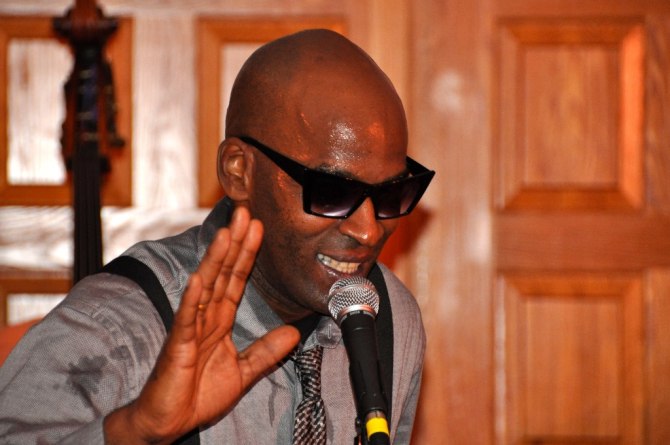 I made my latest recording in 2015, and I’m currently not focused on recording apart for the rap recordings that I do under the name Tray Deuce, under which I for example did an album titled “Out The Box” and two singles titled “Reality Check” and “Handcuffed”. That’s electronic music. I am also putting a 3000 page anthology together with all things Ron Westray – compositions and arrangements. I am composing music for an independent film, and further we are preparing for a modern classical concert with my university orchestra, which is about giving them the experience of playing a concert like that. I am a professor, and the Oscar Peterson Chair in Jazz Performance at York University in Toronto. Education has become a refuge for jazz artists, and it’s a highly important one (as there is no symbiosis with society and real-jazz-culture). I am also a stability kind of guy. I want to have a job. I don’t want to chase around after gigs for $ 50 to pay the rent. I want stability so that I can focus on my creativity.

When someone picks out a trombone they need to go by the weight of the instrument. It has to have some gauge to it. Certain manufacturers have the integrity to get it right. Yamaha student trombones are okay. Bach and King trombones are good. In off brand names the metal isn’t up to par. Then you have to consider the mouthpiece. And that’s really it. It’s a simple instrument. It’s a tube that you fill with air.

In 2005, the 400th anniversary of the publication of Part I of Don Quixote, American trombonist and composer Ron Westray  performed his jazz suite Chivalrous Misdemeanors: Select Tales from Miguel de Cervantes’ ‘Don Quixote’, accompanied by the Jazz at Lincoln Center Orchestra with Wynton Marsalis on trumpet and as artistic director, Patrick Tull as narrator, as well as Sachal Vasandani and Jennifer Sanon as vocalists.

Chivalrous Misdemeanors is a twenty-three-part big band jazz suite, the longest and most ambitious of all the jazz suites inspired by Don Quixote.

The concert recording of May 7, 2005 (on the double CD copy held by the Rodgers and Hammerstein Archives of Recorded Sound) has a total duration of almost two hours (without presentation, audience, applause, fragments of repeated or other parts); the Postlude was not performed on this occasion. Monumental and powerful, complex and sublime, Chivalrous Misdemeanors is in many ways an overwhelmingly impressive work, not only for its sheer length and dimension, but mainly for its superb structure and technique, for the enormous abundance, variety and profoundness of ideas—musical, literary and philosophical— it integrates and develops, and especially for its exquisite beauty and the manifold reflections and feelings it generates in the listeners’ hearts and minds. This brilliant blend of humorous, ironic or satirical parts, of melancholy, wistful themes, and of several very reflective or perturbingly dissonant fragments, at times might be quite challenging, confusing or even dazzling, but on the whole it is unquestionably a deeply moving work of music.

From a compositional point of view, it should be emphasized that Chivalrous Misdemeanors is a notably heterogeneous work that combines and blends fragments, parts and sections inspired by different genres, forms, styles and traditions of the history of jazz.

Previous post: It's all about trumpet -- with Kenneth 'Ken The Love Man' Meredith