Sam Barsh reflects on the election 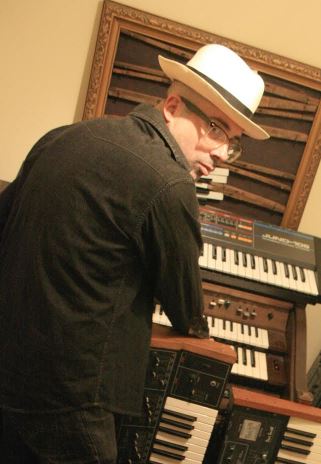 LA-based artist and songwriter Sam Barsh reflects on the US election in this interesting text, which he generously shares. Sam's views are his own.

Over the past year, I've spoken to Trump voters in person, on the phone (while making calls before the election), visited "Trump Country," and heard Trump supporters of diverse backgrounds and ethnicities speak on local and national call-in radio programs. For the last few days I've been processing what I learned, and I want to share it here.

Since I have many friends that are dumbfounded as to how Trump won, and feel that all of his supporters are either racist, ignorant or both, I hope this lends some insight. It helped me understand that though we may be divided politically, most Americans share similar hopes and dreams for ourselves and our loved ones.

What is written below does not represent my personal views, and the information was complied as objectively as possible. I've categorized it into key points that I heard referenced repeatedly by Trump's supporters.

-People feel that the 2 party system is systematically screwing them

For many, a vote for Trump was simply a vote against the 2 party system. People I heard were especially fed up with political gridlock, and a general sameness in economic policy between the 2 parties that has benefitted corporations and "elites." For the first time in a long time, a candidate that looked like they could actually blow up the system came along, and people got behind him.

-With both candidates considered untruthful, people had to choose what rhetoric to ignore

Both candidates had high untrustworthy ratings by the public. According to politifact.com, while 14% of Trump's statements were either "true" or "mostly true," that percentage was only 51% for Clinton. While much better than Trump, it still meant that every time she said something, there was a coin's flip of a chance it was at least a partial lie. Thus, people had to decide what to believe and what not to believe about each candidate. This gave many people a green light to dismiss certain things Trump said as empty rhetoric, and focus on the parts they agreed with.

-The above was especially true with his racist and misogynistic speech

A lot of people I spoke to and heard speak said that they just didn't believe Trump was a racist. They understood the racist coalition that comprises one portion of right-wing voters, and they considered it a strategic move on his part to get votes. These included Black people, Indian people, Latinos, other immigrants or children of immigrants, and Whites.

One young woman I met in LA said that she had never voted before but registered just so she could vote for Trump, and that she didn't feel any misogyny from Trump even after seeing his "grab em by the pussy" video. Another said that she despised his actions, but still felt that he would ultimately be a better leader than Clinton because her dishonesty went too deep.

-Many Trump supporters had no problem with gay marriage or abortion rights, but it was not a make or break issue for them

With only 2 viable choices, many people were forced to make some very difficult compromises. Aside from the people who always vote according to their stand on social issues no matter the candidate, there were plenty of Trump supporters that either didn't believe he actually opposed gay marriage and Roe vs. Wade and was just saying so to get votes, or they felt strongly enough about another issue(s) they agreed with him on that they were willing to compromise their stance on social issues. Another group of people just didn't really care about social issues one way or another.

Both candidates had extreme amounts of baggage. Purely by not having ever held a position in government, all of Trump's baggage (checkered business history, sexual assault, racist and xenophobic language) existed outside of politics. Having spent nearly her entire adult life in politics, all of Clinton's baggage resided within it.

The private email server, relationships with banks (massive speaking fees and de-regulation), the Clinton Foundation's ties to oppressive regimes and it's funding of the Clintons' lifestyle were all issues I heard people complain about repeatedly. To people frustrated with corrupt politicians, Trump simply seemed like the lesser of two evils. They felt that Trump could possibly be good or possibly be terrible, but had their minds made up that Clinton was guaranteed to be terrible.

-Obamacare was bigger than health care; it represented government overreach

Many people (some who I know personally) have a fundamental opposition to being told what to do by their government. This is a core issue to them, as important as abortion is to others.

From people I spoke to and from listening to a woman who wrote a book about Wisconsin voters, being forced by the government to pay for something feels like violation of their rights as citizens. They are not opposed to receiving health care, they just don't want to be forced to pay for it.

Obamacare helped a lot of people, but it also raised millions of Americans' premiums while shrinking their network of available doctors, and this was a common complaint. As Obama's signature piece of legislation, it became something that was obvious for Trump to campaign against, and he won these voters largely because of it.

-Not all women felt represented by Hillary

Lots of women saw the difference between HRC and Whitney Houston - Hillary isn't every woman, she's one woman. (sorry I had to try to inject some humor, however lame)

Many female Trump supporters saw Hillary as representing her own interests, not as a symbol for gender progress in America (as many of her supporters did).

There was also some resentment of Hillary for portraying herself as a victim of gender inequality, since these voters saw her as a symbol of the establishment who had for years worked the system in her own favor, and hadn't had to suffer the unfair treatment that she claimed. Fair or not, this was a prominent perception.

-Immigration is a very complex issue

In recent years both Democrats and Republicans in Washington have taken similar, fairly laxed stances on illegal immigration. Deport some, naturalize some, let the rest remain off the books, and keep the status quo along the borders (this is a generalization for the sake of not writing forever).

In liberal circles in progressive cities, it is rare to find anyone with a point of view much different than this, except possibly to grant legal residence to all illegal immigrants. But across the country, and even within these cities, there are people with vastly divergent visions of what immigration policy should look like. Any combination of opinions abound on deportation, naturalization, borders, religious/background screening, etc.

The statistic of 0% net immigration over the last few years is a good talking point for the establishment point of view, and for people whose jobs are not competed for by low wage illegal immigrants. But many people have stories from their own lives which paint a different picture.

An African-American man from Coney Island, Brooklyn called into a show to say that none of the stores in neighboring Brighton Beach would hire Black youths from the neighborhood, preferring to only hire (and ostensibly underpay) illegal Mexicans. (though this could be viewed as a generalization for Latinos, the large emigration of Mexicans to south Brooklyn in recent years gives his description some credibility). Many immigrants who dealt with the painstakingly long, and often expensive, process of immigrating here legally expressed resentment towards those who come here and "cut in line."

I watched a documentary called "Lost on Long Island" about long-term unemployed people on Long Island. One man finally gets a job, but he's training workers from overseas here on temporary work visas who will ultimately replace him for lower wages. This storyline has been repeated ad nauseum.

Democrats assumed that Latinos would vote against Trump's anti-immigration stance, discounting the fact that not all Latinos are the same, they don't all agree on issues, and they don't all like each other. Especially worth noting is the distinction between Puerto Ricans (who are US citizens) and Cubans (whose path to legal US residence is relatively easy) and the rest of Spanish-speaking Latin Americans who don't share the same benefits.

Trump campaigned against loose borders, against these temporary work visas, and against globalization, which has ravaged many middle class jobs here. This may have spoken to xenophobic people, but it also spoke to people who felt personally affected by at least one of these issues.

He also campaigned for banning and/or screening Muslims attempting to enter this country, which played to many peoples' fears of ISIS both abroad and domestically. He did make a distinction between screening potential immigrants as opposed to people who are already citizens, which let some people consider it not an anti-Muslim but rather a security-oriented position.

-If your means to feed yourself and your family is at risk, no other issues matter

There are many places in the US, especially the "rust belt," where the economic opportunities have gone from bad to worse, to (for some) non-existent. It can be hard to conceive of this living in a city or suburban area; even if the economy is down, there are still a lot of stores, freelance work, restaurants, and businesses large and small that keep the majority of people working. The fact that its been referred to as the rust belt for nearly 2 decades is telling.

The actor trying to make it in LA or the musician trying to make it in NYC can find a job serving, bartending, temping, driving uber, etc., even if they hate it. In much of the US, there are no restaurants or bars. Many towns have some fast food, gas stations and maybe a grocery store. You'll be considered to live in a semi-big town if you have a Walmart. These aren't the cute little towns with the local diner and the town pharmacy where everybody knows each other, these are places where the outlook is bleak.

(Having grown up in the midwest and spent years traveling with music, I've personally spent significant time in rust belt states, especially Wisconsin and Michigan, which were considered reliably Democratic but went for Trump. I've seen this with my own eyes, and it is heartbreaking.)

It's not peoples' fault that they live there, nobody chooses where they're born. And much like the urban poor, many of whom have difficulty envisioning a life beyond their surroundings (despite living a stone’s throw away from thriving economic possibilities across town) these areas breed little in the way of hope or the possibility of escape. In this scenario, being able to earn a living takes precedence over any other issue.
This section of America feels ignored by both parties. They hear people talking about global human rights, providing asylum to refugees, and naturalizing illegal immigrants, all while feeling that their own human rights have been violated. For these people, our fellow Americans, a vote for Trump was a vote against both parties, and the wealthy power brokers they feel have cast them aside as worthless. It was a vote of desperation, a vote to possibly recover a chance at basic economic stability.

SAM BARSH is a keyboardist and songwriter. He has written and produced songs for major label artists like Norah Jones, Robin McKelle and Aloe Blacc.

Sam Barsh has previously contributed an article to Musicians' Corner. Read it HERE.