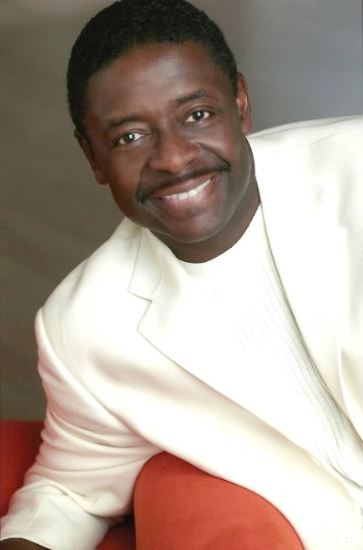 An article with Gerald Alston

I have been a member of a group all through my life. And it has lost all its members except for me. I am the only one left.

I told Blue on his deathbed that the legacy would continue.

The Manhattans "Kiss And Say Goodbye"

Being a part of The Manhattans has been a wonderful experience.

I became a member of the group after I had left high school, and during my first year I performed in London and Amsterdam. I was singing at the Apollo in October that year. It was fantastic, and I have no regrets. I learned a lot, worked with a lot of great people and with people I had only seen on TV.

The Manhattans "One Life To Live"

I have seen what music can do, not in the least during the times when we toured South Africa. There were gang problems and we were told that if we saw anything of that we were to walk off stage. And we did see things, and Blue stopped the show to say to the audience that we were there to have a good time. The trouble stopped and we continued playing. After the US, South Africa is the country where we have sold the most records, and when we went over there we added several shows every day to our tours. We kept going back and we loved South Africa.

The Manhattans "There's No Me Without You"

There are so many memories. Just a few examples:

- We were in Rotterdam and had just performed for Jimmy Carter. We were used to a full orchestra, but that show was on a different kind of stage, and I fell. People were wondering “Should we laugh?” because it was funny, or if I had hurt myself. But I got up and kept singing.

– When we won a Grammy for “Shining Star” we had tough competition and we had no idea that we would win. When they called our names we were wondering “Is this real?”.

– We toured with Marvin Gaye. Through all his struggles he never missed a beat. I met him in his younger days. And he never said something if he didn’t mean it, but he told me “You are one of the best lead singers I have ever seen”, and it meant a lot to me.

It was really rough in December of 2014. I got a call that Sonny had passed, and Blue had cancer. It all happened at once and was very rough emotionally. I still see Blue in my mind. I see him doing his choreography, and I know it was what kept him going when he was sick.

I left the group in 1987 and Blue wasn’t well at the time, and had to come off the road as well. Sonny continued to sing. At the time of our 30 year anniversary a reunion was suggested and Blue said yes to it. Sonny refused to come in. There were two acts after that, The Manhattans featuring me and Blue, and The Manhattans which Sonny did. I’m not going to talk down about it but what he did didn’t go so well. We didn’t get the chance to talk to him before he passed away.

The Manhattans still sing, and the crowd is young. After Blue passed away my cousin Edward Dwight Fields joined the Group; Troy May, David Tyson and myself. Fields passed away on August 26, 2016. Now Troy, David and myself are continuing "The Legacy".

Gerald Alston "Getting Back Into Love"

Music has changed. It used to be about money but it was also about art. The advice I would give young artists is you must believe in yourself and record music that people want to hear. We wrote songs about life, and they last. Easy money doesn’t.

Gerald Alston with Mel Holder "Back To Basics"

The Manhattans formed in 1962. Gerald Alston joined the group in 1970. They have released albums with their 'trademark' smooth soul for five decades... Gerald Alston also has a successful solo career, and has released five albums as solo artist, to date.

Next post: The Music Journalist of the Year award