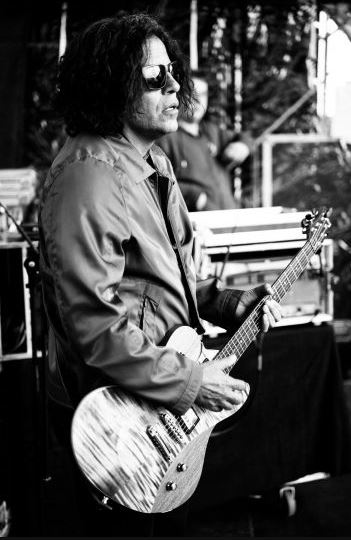 This year has been a crazy year for me, with my film RUMBLE: The Indians who rocked the world opening, winning at the Sundance Festival and being showed at film festivals all over the world – and with the release of my first Gold record in a long time, Chubby Groove, which I made with Koshi Inaba.

Inaba/Salas with "Overdrive" off their hit album Chubby Groove (2017)

RUMBLE: The Indians Who Rocked the World - official trailer (2017). Stevie Salas was an executive producer for the film, which was directed by Catherine Bainbridge and Alfonso Maiorana.

It began with me producing tv in Canada in 2006, and a few years ago I started working on my film. 2017 has been a year of touring with the film since it opened, of speaking at my film, and of getting standing ovations and awards for it. HBO have bought it, and it’s on PBS and Amazon Prime. Simultaneously I have been working and touring with Koshi Inaba, who is the biggest ever selling artist in Japan, with over a hundred million records sold. He called me saying that he was uninspired and burnt out, and he asked me if I would come over and write some songs with him. So I flew over to Japan, and I started putting 80s styled funk-tracks together like I did when I lived in London as a kid. We recorded all over the world, and the album features Bernard Fowler and Taylor Hawkins. It was released in January and had sold Gold by March. We also played sold out-shows after that, and stadiums in the summer.

In 2018 I plan on writing for a new Stevie Salas album. I got a phone call from Warner Bros Europe. I might perhaps release something in a limited edition for cool radio stations etc. I am also working on a crime drama for television with Kevin Munroe. 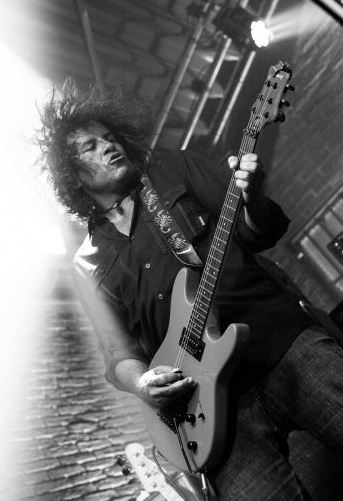 In ways the entire situation with record companies in general, and with social media as something that needs to be figured out for promotional reasons, has me feeling uncreative. Mostly I feel really bad for young people. There is no artist development anymore. When I started out you could be creative and it was encouraged. Record companies developed artists. They would say ‘Take this money and go work with Thomas Dolby, and see what you come up with’. What kids put out now is what would have been demos back then. There is so much crap out there and you can’t wade through it all to get to the good stuff.

A classic combo of great musical chemistry: Stevie Salas and TM Stevens, kicking up a jam together

TM Stevens, whom I worked with a lot (and one of the artists who truly kicked off this platform, Musicians’ Corner) was a force of nature and an elite musician. He had the kind of career where you had to be a musician first to even walk in the room. When I made my first album Joey Ramone walked in the studio, Miles Davis walked in the studio, Bernie Worrell walked in the studio and played on the album. You had to be able to handle being in the same room with anyone and working with anyone, without any preparation. TM could play anything, and make it sound just right, and still make it sound like TM Stevens. That is true mastery. He played on my songs, such as "Tell Your Story Walking" , where TM’s bassline is huge

STEVIE SALAS, guitarist, tv- and film-producer, singer, song-writer, record producer, etc... and a world citizen, was once sleeping on the couch at the studio where he had gotten a job, when he suddenly was woken and found himself jamming with George Clinton, who was there to record, in the small hours of the morning. The rest, as they say, is history. Combining a successful solo-career with being a kickass guitarist to Mick Jagger, Rod Stewart, etc, Stevie Salas has a very long bio indeed. A few years ago he shared some of the memories in his book "When We Were the Boys: Coming of Age on Rod Stewart's Out of Order Tour", and since he has gone on to producing the most acclaimed music documentary to hit the screens in a long time.

FIND OUT MORE ABOUT "RUMBLE: THE MOVIE" HERE! 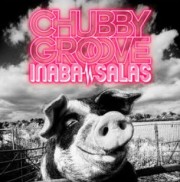 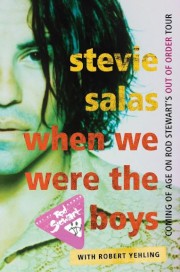 "When We Were the Boys: Coming of Age on Rod Stewart's Out of Order Tour" by Stevie Salas with Robert Yehling is available HERE

has contributed two articles to this platform, one of which is his information-packed filmed article "Straight Music Talk". Musicians' Corner and all of our friends are eternal fans of this amazing artist, and will always be humbly grateful for his insightful and generous contributions to this site.