The Music Journalist of the Year is Anastasia Tsioulcas! 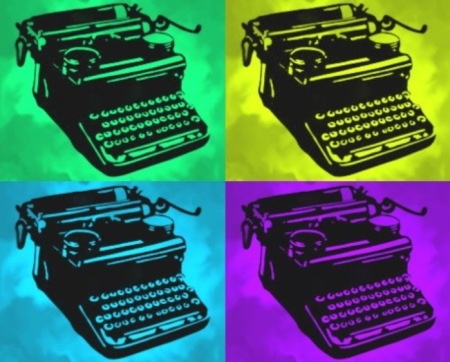 We are proud to announce that the recipient of The Music Journalist of the Year-award for work done in 2018 is Anastasia Tsioulcas.

The Music Journalist of the Year-award is an annual award, which was first given out here on Musicians' Corner in 2015 for work done in 2014.

With this award our aim is to highlight quality journalism on the subject of music. We are grateful to the hardworking journalists who endeavour to bring light to this art form and the world around it seen through this art form. Their work is an important contribution, to both artists and the fans of music. Quality journalism on the topic of music isn't always that easy to find, which makes it all the more important to give praise to the music journalists whose work is first-class.

This award is given out after nominations for it have been submitted by our users, and after an artist jury has selected a recipient from the nominations. During the previous years the identity of the jurors was made public. From the year onward the identity of the jurors is kept secret. Artists have to be contributors to this platform to be eligible for this jury. You can read about the award and the former recipients of it, as well as previous juries HERE.

We are elated that Anastasia Tsioulcas receives this award for her music news reporting at NPR. The jury's acknowledgement reads as follows:

"It is with great pleasure that we give Music Journalist of the Year-award to Anastasia Tsioulcas. In everything from her choice of news items to report on to the delivery of her reports, Tsioulcas reveals her broad spectrum attentiveness and efficiency. She reports on the, for the media often given, as well as the sometimes not so given, with the same level of interest, and her readers can expect her to turn up anywhere where there is a news story to be told. Following this excellent journalist will widen your horizon and keep you updated on matters to do with music that you might otherwise have missed. If every news outlet had contributors of her caliber in their ranks we would have a better world."

Anastasia Tsioulcas, The Music Journalist of the Year-award

Next post: Rhonda Smith: - Music has been taken out of what's called music now