Yuval Avital writes an opera about the refugees 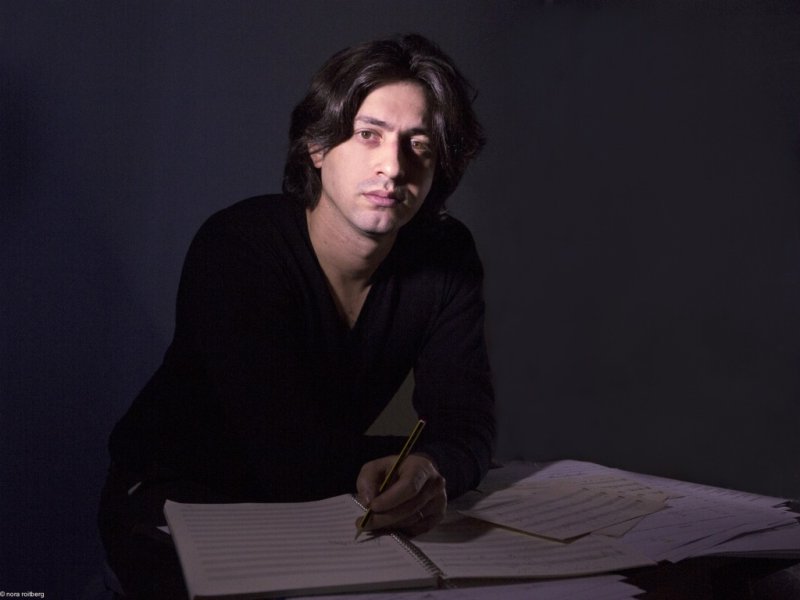 For me sound runs in my family. My grandfather, born in Morocco, was a Kabbalist and musician and played string-instruments. In his youth he took a vow to stop playing music if he would ever see Jerusalem in his life time . When he passed away, many years later, and was buried in his beloved Jerusalem, I felt a strong need to free his vow, and the music that was a part of my interests became a center of my life.

Music had entered my life with guitar studies. First rock, then jazz, also experimenting from a young age with free jazz and improvisation, and later classical music, with which I had graduated from the Jerusalem Music Academy, and later in Italy in The Angelo Gilardino soloists’ class. I have done my last performance as a classical soloist in November 2007, at the Toronto Performing Arts Center, after which I decided to dedicate myself completely to my own original creations.

2003-2006 was a changing point for me. I got more and more into creative projects, which involved theatre, dance and poetry as well as music, and working with people from around the world. In 2008 my first opera was performed (KOLOT, Reggio Emilia, Milan, Parma), for 12 traditional singers, an ensemble of soloists, video and live electronics. Since then I have done many projects, symphonies, operas, chamber music, solo concerts, working with traditional musicians, soloists, orchestras, visual artists worldwide. My creations sometimes presents a “cathedral of sound” to the spectator. I call it ‘Massive sonic works’ for huge ensembles, such as GARON for 45 tubas, 6 percussions, choir & live electronics, Milan 2012, or as installations such as   “Alma Mater” – a huge multi media- and multi-sensorial creation which ran at La Fabbrica del Vapore this summer for 140 loudspeakers, visuals and performers.

An interesting project was creating music with Nasa (Unfolding Space, Bergamo, 2012). The sound installation and concert I created with Nasa was based on transposition and translation of electromagnetic energy through three common denominators between astrophysics and music: ENERGY, TIME & STRUCTURE. I got into that project through Bergamo Scienza, the biggest science festival in Italy. It was a very complex and exiting work, for example, with Alexander Kosovichev, expert of studies of sunquakes at Stanford. We created transpositions of  20 000 octaves like a piano keyboard which is longer than six olympic swimming pools. It was the work of a team, and the result included 120 tapes and a system of artificial intelligence.

KARAGATAN by Yuval Avital: a symphony of gong & bamboo

I sometimes work on huge projects, but the difficulty is not in dimension. It is in translating the idea into reality. And then the humble invisible ‘craft’ of the details, the microscopic level.  The meaning you give to the work is in the process, but the first challenge, however, is finding the right key of ‘translation’. It is the first intuitive idea that gives life to the entire process. This is something that cannot be taught or repeated. Even though the process of creation is complex, the experience of my works must be immediate. When the audience enters they need to ‘get it’ right away. This may be the biggest challenge of all. In the end art is made not to its creator but to its public.

2016 will begin with a new ‘icon-sonic’ opera, titled “Fuga Perpetua”, co-produced by, among others, Magà Global Arts Milan, Ensemble Meitar Tel-Aviv, Third-Ear London. It will be premiered on March 12 at the Pavarotti Theatre in Modena, Italy and after it will be performed in  Brighton Festival (20 May) and Nottingham European Arts and Theatre Festival (NEAT) (22 May) in the UK.

The opera is dedicated to the theme of refugees and was born through a dialogue with Amit Dolberg, Artistic director of Meitar, the leading contemporary music ensemble of Israel. It breaks my heart to see so many people in pain. It is estimated that there are currently a bit less than 60 million refugees in the world. The politicians are incompetent. People are escaping hell to find a place to start. Refugees are not just victims, they are initiative-takers and heroes to their families in many cases. Little by little there is a huge problem mounting in the world, where the individual is invisible. The opera will be about individuals. Being born in Jerusalem I witnessed that many catastrophes occur when communication collapsed and righteousness overcomes humanity and reason.

What is sound and what is music is not an easy question. Simplified one can say that sound becomes music when organized, when there is a composition. A sound of a river isn’t music, but if you combine the sounds of several rivers with the intention of creating an emotive message that is music. Music is material, process, intention and composition. And I really like the word composer. It is about bringing things together. It can be about sound, but also about visuals, dance, and many other elements. Composing is about creating threads of events that carry a meaning. 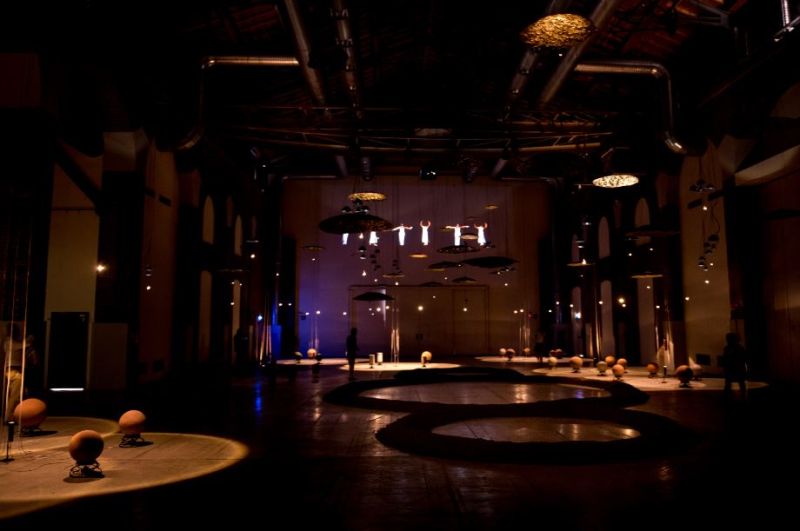 Milan is a great city for artists and culture. Italy is the land of beauty, historically as well as contemporarily. There is out of the box-thinking here. I moved here 12-13 years ago. In the meanwhile my Italian girlfriend Elisa became my wife. I have worked on huge projects here. The city loves me and I love it back. I can be who I want to be here. Sometimes when I am composing I can nearly not go outside for an entire week, and that’s okay here.  Milan may not the last city where I will live - only life will tell - but for the meanwhile it’s a home for my art, my life, my sounds.