Zhenya Strigalev: - I couldn't believe that my friends didn't listen to jazz

An article with Zhenya Strigalev 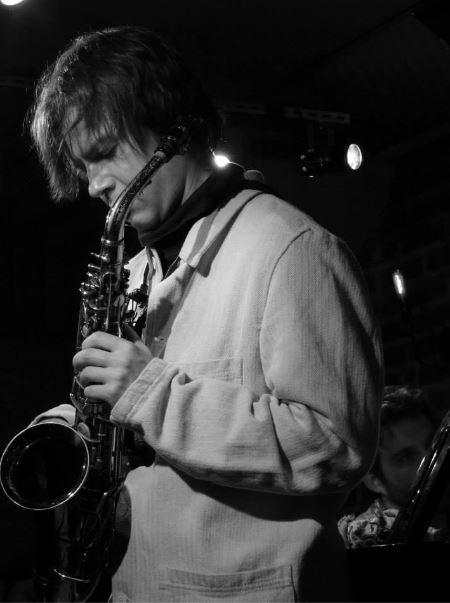 An article with Zhenya Strigalev

I started to listen to jazz when I was nine years old. And I was surprised to find that my friends didn't listen to it. I used to ask my friends ''Do you listen to jazz?'' and they said ''No''. I couldn't believe it.

My influences are Sonny Rollins, Charlie Parker, John Coltrane, Benny Carter...but more than anyone else Sonny Rollins. I like the freedom in his music, I like him rythmically, soundwise, I like his articulation and his energy.

I grew up in Sankt Petersburg, but I have now lived in England for ten years. People say that they hear Russian influences in my music, and I like it when they do. It's an inevitable part of me. I don't try to do it, but my background is coming through naturally.

A lot of my compositions come from my practice. I transcribe music and practice it, and when I do phrases that I didn't know were there pop out.

Zhenya Strigalew is a Royal Academy of Music-graduate, based in London, who released the album ''Smiling Organizm'' in 2012, about which The Guardian wrote:  ''a fascinating old-school/cutting-edge hybrid, with a formidable bebop-rooted sax technique, a burgeoning talent for composition, and an engaging willingness to take a chance.''.  Zhenya Strigalev plans to release an album during the fall of 2014. Find out more HERE.